Minister of Foreign Affairs of Saudi Arabia in Athens for talks 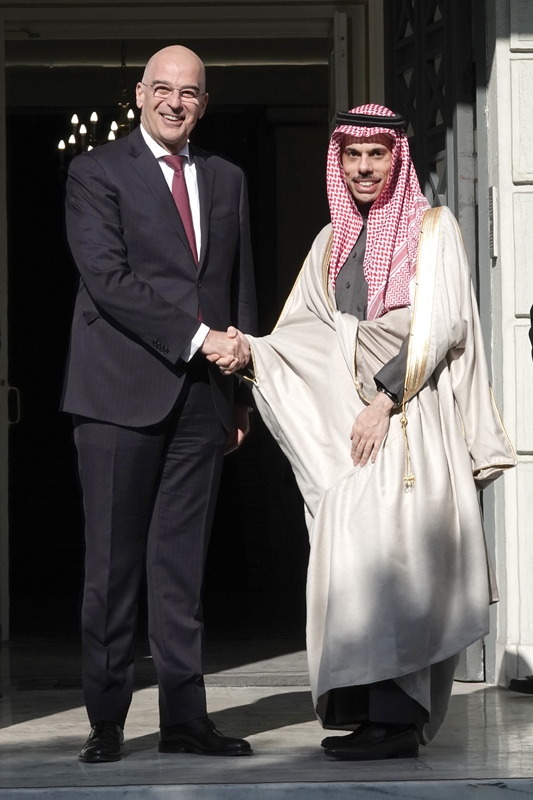 Working jointly as stabilising factors in the region.

Minister οf Foreign Affairs Nikos Dendias received his Saudi Arabian counterpart Prince Faisal bin Farhan Al Saud at the Foreign Ministry on January 24th. Following a meeting with the visiting Saudi Foreign Minister, Minister Dendias said that Athens and Riyadh are working closely together towards regional stability; Greece and Saudi Arabia share the view that the Memoranda of Understanding signed between Turkey and Prime Minister of Libya’s National Accord government Fayez Al-Sarraj are void and non-existent, he said.

“These accords are very dangerous both for Libya and the broader region,” Minister Dendias observed, adding that the Saudi Minister’s visit follows his own to Riyadh on December 17th. “This is one of the steps in our on-going communication with the Kingdom of Saudi Arabia. As you have observed, our bilateral relations have taken on a special dynamic. And for Greece, for the Hellenic Republic, this is a strategic choice, given that Saudi Arabia is a very important country, not only on the Arabian Peninsula, but also in the wider region,” he added. 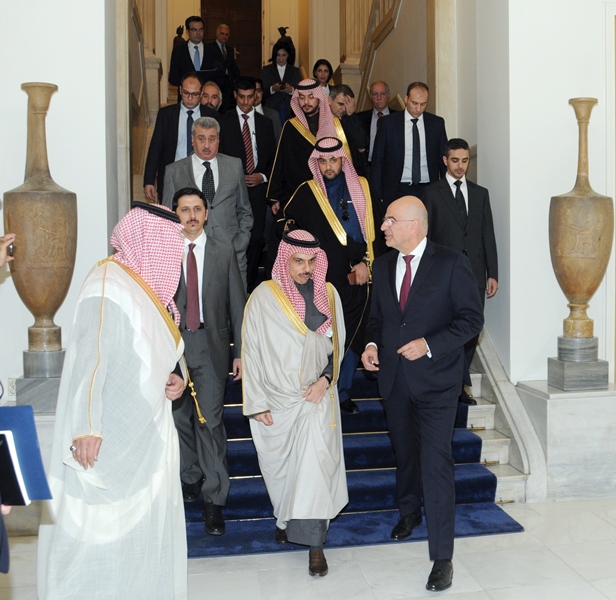 Minister Dendias further noted that, “today we talked about our bilateral cooperation, with special emphasis, of course, on the situation in Libya. More specifically, with regard to Libya, our countries share the same concerns. We share the outlook that the two memoranda that were signed by Mr. Sarraj and Turkey are null and void. They also pose a great danger to the situation in Libya and in the wider region.  As Prime Minister Kyriakos Mitsotakis stressed in Davos, they are legally and geographically ‘preposterous’”. 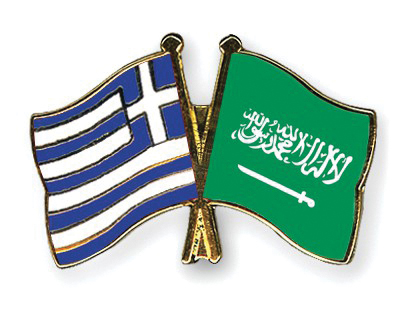 Answering a media question on the recent opinion from the Bundestag legal service on the memoranda, the Greek Foreign Minister replied that the view of the legal service of the German Bundestag is another stone in the structure that we are trying to build in order to convince international public opinion of how dangerous these activities are in our region. He went on to say that it made obvious to the German legislative bodies, to the German Government, to German public opinion and to European public opinion, that these two memoranda are completely illegal, completely unacceptable and essentially null and void. But it also does something else. “It’s not just about two illegal texts that are non-existent and harmful. They actually do create a destabilising reality,” he stressed.

When asked about Turkish provocations, Minister Dendias said Greece is not a country that opposes Turkey, but a country that supports peace, stability and the implementation of International Law. “We would like to have a neighbour who prospers and who shares the way we and Europe see things,” he concluded.

Both Ministers agreed to stay in touch and to work jointly as stabilising factors in the region.