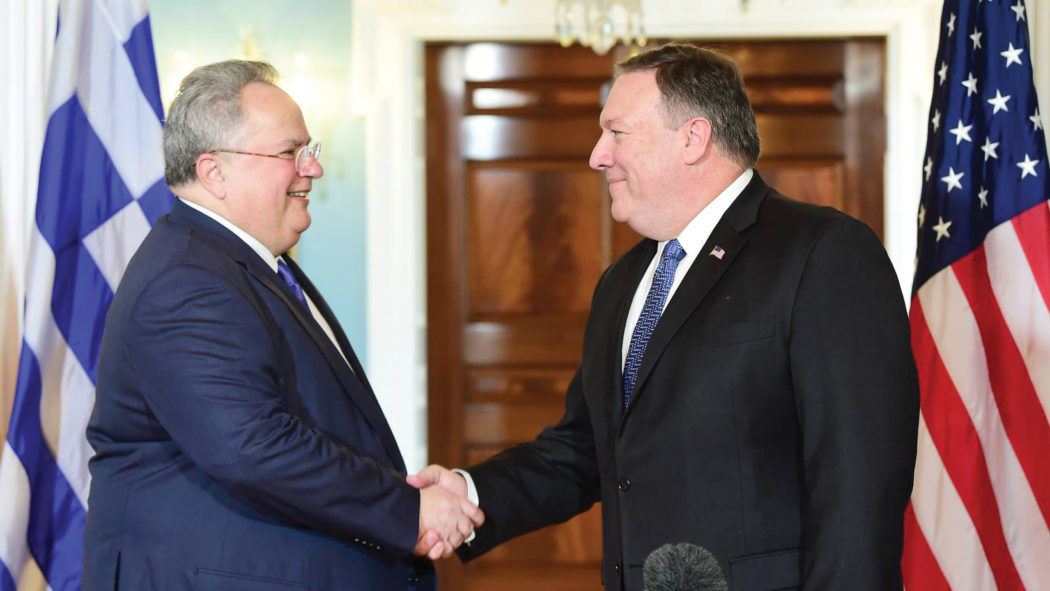 US commends Greece for its leadership role in the region 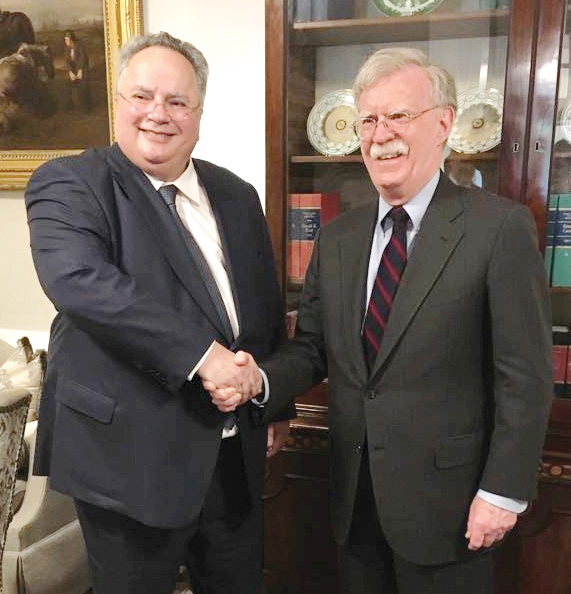 National Security Advisor to the US President, John Bolton 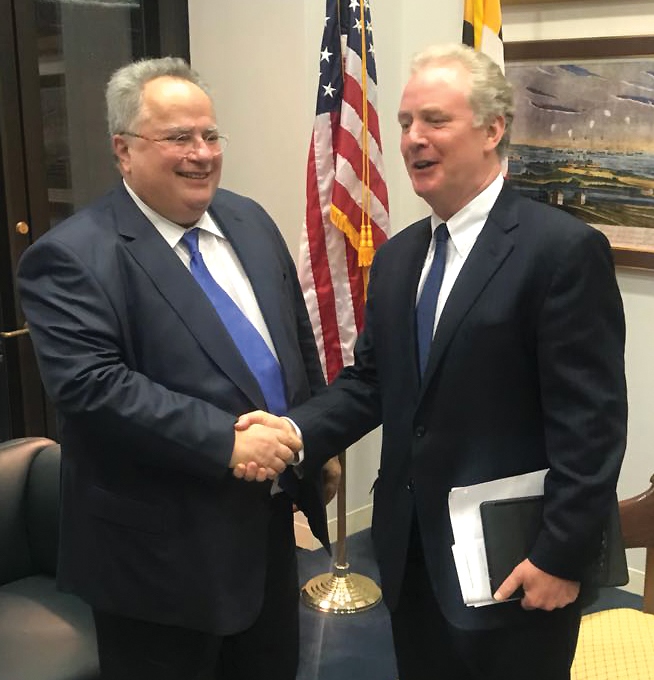 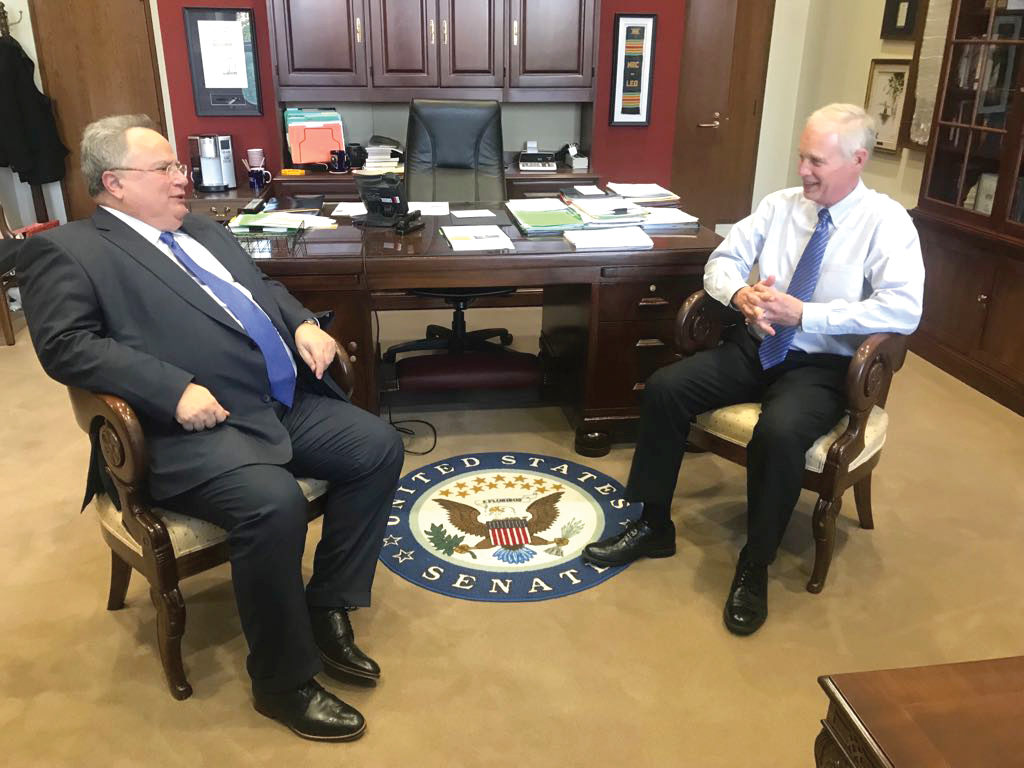 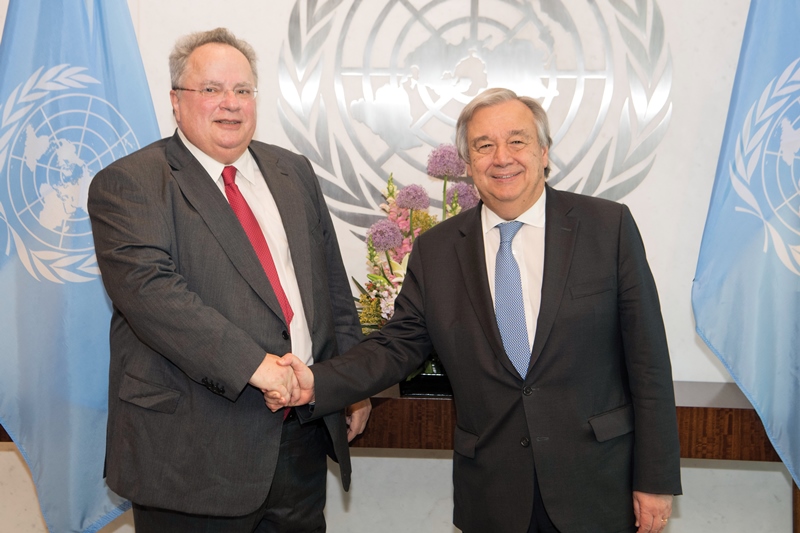 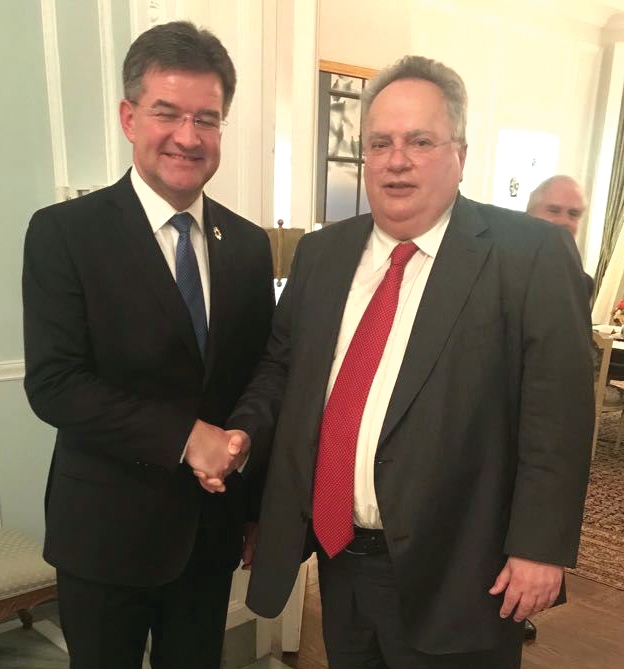 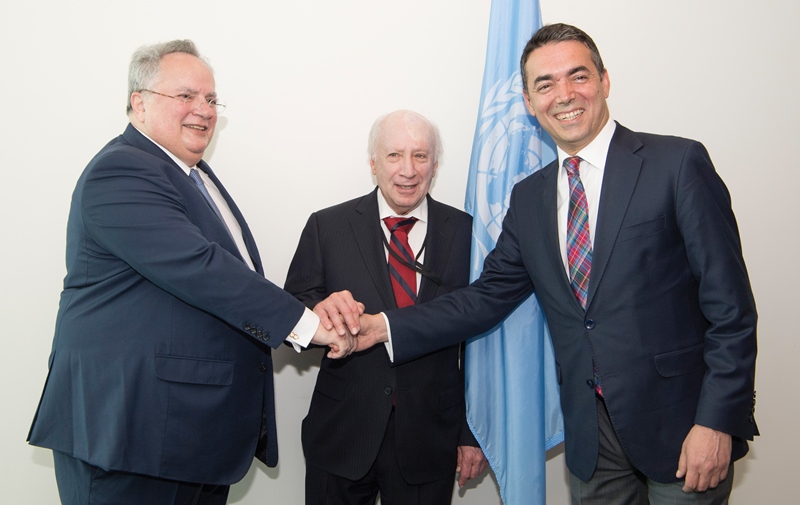 The broadening of strategic cooperation between Greece and the United States and other issues of shared geopolitical concern were on the agenda during his meeting in the US capital.

Speaking to reporters following his meeting with US Secretary of State, the Greek Foreign Minister said that they had a very interesting and friendly meeting pointing out that, “we discussed the problems in our region, especially those in the Eastern Mediterranean and the Middle East.” Cyprus was also on the agenda at a meeting between Minister Kotzias and US Assistant Secretary of State for European and Eurasian Affairs, Wess Mitchell.

The Greek Foreign Minister voiced the need to maintain security and stability in the area and detailed Turkey’s violations of International Law, especially in terms of the Cyprus Republic’s sovereign rights. “Cyprus must not be seen as a so-called UN problem, but as a sovereign state with specific roles and prospects in the area,” Minister Kotzias said.

The US Secretary of State asked Minister Kotzias for an update on the issue of the two Greek servicemen held in the jail in Edirne since March. “We said it was unacceptable for a NATO member-state to detain two officers of the Greek Army, but as you know Turkey has also detained a series of US citizens too.”

“The Secretary commended Greece for its leadership role in the region, including efforts to address challenges in the Balkans and the Eastern Mediterranean and expressed continued support for Greece’s economic recovery, underscoring the importance the US places on its role as honoured country at the International Thessaloniki Fair in September,” Ms Nauert said. She added that they agreed “to work closely together in the coming days to ensure stability of the Eastern Mediterranean.”

The expansion of strategic cooperation between Greece and the United States, along with a number of issues of common geopolitical interest, were raised at the meeting between Greek Foreign Minister Nikos Kotzias and US President Donald Trump’s National Security Advisor, John Bolton, at the White House.

The strategic relationship between the two countries aims to promote cooperation in a number of areas such as energy security, agricultural policy, education, culture, as well as the economy and investments. Particular emphasis was placed on energy-related issues related to the safeguarding of energy resources for countries which are owners of natural resources, such as Cyprus, Egypt and Israel.

The American side now recognises that Greece has re-emerged dynamically on the international scene and has regained a key regional role. At the same time, the US welcomes Greece’s active foreign policy, which promotes stability and peace through the strengthening of regional cooperation and the establishment of a positive agenda aimed at closing a series of open issues.

In statements he made to Greek correspondents after the meeting, Minister Kotzias noted that “the acceptance of Greece’s role in the region is greater than ever before. Recognition of the initiatives we take in the country’s foreign policy is an object of consultation and study on the part of the Americans.”

The Greek Foreign Minister also had a number of contacts with members of the Congress, which have an importance influence on foreign affairs aiming to brief them on issues of bilateral and regional interest. Among these, he met with the Chairman of the Senate’s Foreign Relations Committee, Bob Corker, and the minority representative in the committee, Bob Menendez. He had also met the President of the Senate Committee for European Affairs, Ron Johnson, and Senator Chris Van Hollen who is considered to have a very good knowledge of the issues that concern the region.

Finally, Minister Kotzias also spoke at a closed event in the Atlantic Council of Thoughts in the presence of prominent academic and distinguished American officials, who were particularly interested in the initiatives of Greek foreign policy. Minister Kotzias had the opportunity to develop Greece’s positions with regard to the Balkans, Turkey and the Eastern Mediterranean.

As part of a five-day visit to the United States, Minister Kotzias visited New York where he met with UN Secretary General Antonio Guterres, with their meeting focusing on recent developments on the Cyprus and FYROM name issues. He also attended a working luncheon with UN General Assembly President and Slovakian Foreign Minister, Miroslav Lajcak.

In brief remarks at the close of the second day of talks in New York, Mr. Nimetz said that Ministers Kotzias and Dimitrov held “very work-man-like talks”. He added that “the issues are well defined, they have been narrowed. We still don’t have a final resolution of the issues, but both sides are determined to do enough to try to reach an agreement and are working very hard to do that.”