Official visit of the President of the Hellenic Parliament to Jordan 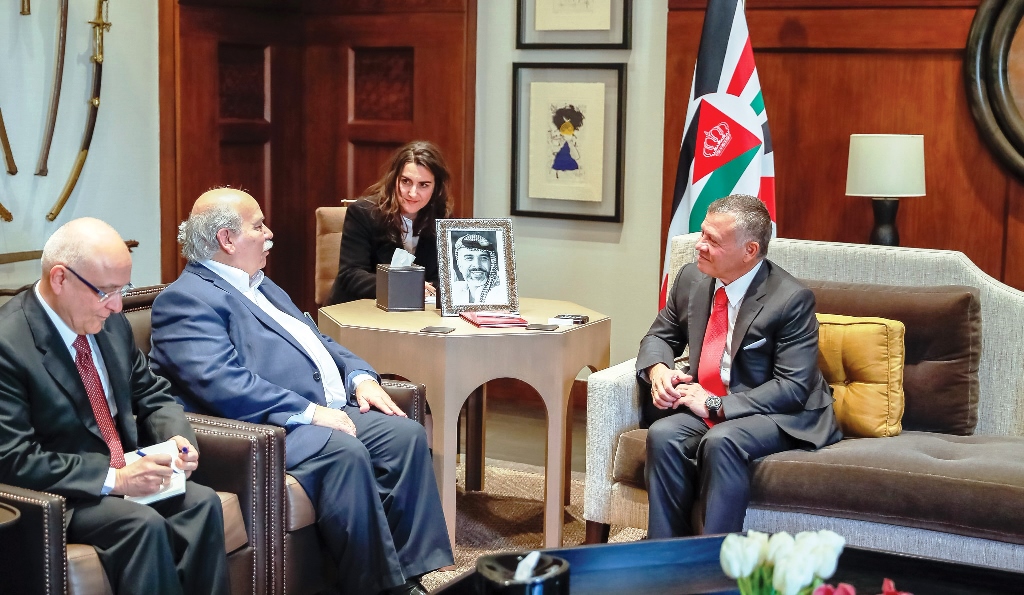 The bilateral relations between Greece and Jordan and the need to further strengthen them, as well as addressing the refugee-immigration issue affecting both countries, were at the heart of the meetings held by the President of the Hellenic Parliament, Nikos Voutsis, in Amman, Jordan on March 14th.

During a formal visit to the country, the House Speaker met with His Majesty, the King of Jordan, Abdullah II, Prime Minister Hani Al Mulki and President of the House of Representatives of Jordan Atef Tarawneh. His Majesty King Abdullah received Parliament President Voutsis at the Al Husseiniya Palace to discuss bilateral ties and means to take them to further heights.

Discussions at the meeting, which was attended by Speaker of the House of Representatives Atef Tarawneh, covered the importance of expanding cooperation between Jordan and Greece, especially in the legislative and economic fields.

The two sides also discussed the advantages offered to investors by Jordan’s economy and opportunities to capitalise upon the Kingdom’s strategic position, as well as its free trade agreements with several countries.

As far as the economic sector is concerned, the exchanges between the two countries have substantially increased. The flow of tourists has also increased and the direct flights between both countries have facilitated these exchanges.

A new opportunity to strengthen economic relations arises thanks to big projects that Jordan has been planning in the fields of energy and water management and at the same time, there can be cooperation in the fields of high technology.

Discussions also covered developments related to the Palestinian cause. His Majesty stressed the importance of stepping up efforts to push the Palestinian-Israeli peace process forward, based on the two-State solution, the Arab Peace Initiative and International Law and relevant UN Resolutions, leading to the establishment of an independent Palestinian State with East Jerusalem as its capital. 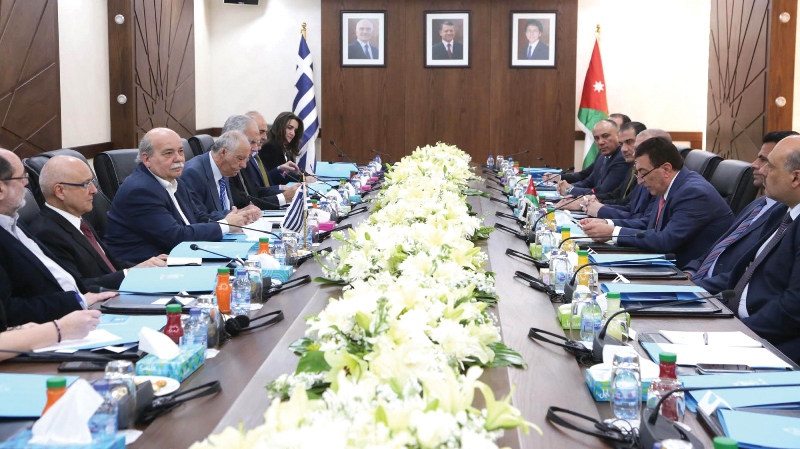 Moreover, the meeting addressed the challenges facing churches in Jerusalem and the role Jordan is undertaking in safeguarding Islamic and Christian holy sites in the city, in line with the Hashemite Custodianship.

The two sides further discussed crises in the region and means to resolve them politically, as well as efforts to fight terrorism within a holistic approach.

During his meeting with Prime Minister Hani Mulki, discussions covered regional conditions and accelerating developments that affect the economic status of Jordan and other countries in the Middle East.

Premier Mulki highlighted new opportunities for economic cooperation, especially after the Kingdom has signed bilateral cooperation agreements with Egypt, facilitating the movement of ships and vessels to the Aqaba Port through the Suez Canal, where Greece can operate new marine routes.

The Prime Minister reiterated that the Palestinian issue remains the core regional conflict, stressing that there would be no peace or stability without a just, comprehensive solution that guarantees the establishment of an independent Palestinian State within the pre-1967 lines.

On his part, Mr. Voutsis commended the “deep-rooted” relations between Athens and Amman and voiced his country’s appreciation for the Kingdom’s key role in the region, stressing the importance of enhancing cooperation and coordination at all levels, especially in the Parliamentary field.

In particular, during his meeting with his counterpart Atef Tarawneh, Parliament President Voutsis referred to the very important role played by Greece, which lies on the border of Europe, in shaping the conditions of stability and peace in the region but also in the timeless “strong bridges of friendship, peace and culture of the people’s contact with all the Arab countries over time”. 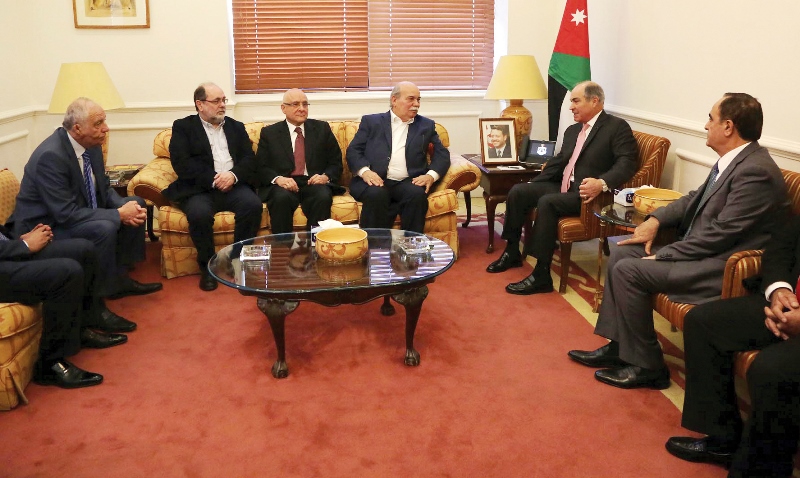 Furthermore, Mr. Voutsis referred to the prospects for cooperation between Greece and Jordan, stressing that “there is a wide field of cooperation in economic terms, but also in other fields such as culture, science and cultural agreements. In all these fields, with Jordan, we are on the same track, both historically and now, especially after the Greek-Cyprus-Jordan Summit, where the strategic and regional cooperation of the three countries was discussed,” he said.

Referring to the refugee issue, the House Speaker pointed out to his counterpart that in 2015 and 2016, more than one million refugees and migrants crossed Greece in order to travel to Europe.

He stressed that for this major issue there are responsibilities, both for the international community because of the wars and at the European level as, as he stressed, member countries do not assume the share of their responsibility in relation to the EU immigration policy, with the result that Greece is in a strong confrontation within Europe to address the issue. “There is a need for international cooperation between organisations and the UN to address the refugee issue, just as it did for ISIS,” said Speaker Voutsis.

The Greek Parliament President pointed out the need to implement UN Resolutions on resolving flaming issues such as the Cyprus problem and the Palestinian issue, but underlining the weakened current situation of the Organisation.

“Recently – 128 countries voted against the US decision to transfer their Embassy in Israel to Jerusalem – only 9 in favour and 35 countries abstained. And this transpired as if nothing happened. There is no more proof than this about the current weakening of the UN.”

Answering a question on the expectations for his visit, during an interview with a Jordanian daily, the Greek Speaker noted that his visit took place within the framework of frequent bilateral high level meetings, which give a new impetus to bilateral relations.

“Beyond our ties, however, I discussed with Jordanian officials issues of regional interest, taking into account that Jordan plays a significant stabilising role in the region of the Middle East. At the same time, Jordan is also affected, as is Greece, by the crisis in the Middle East, as it has been faced with an unprecedented refugee flow. Subsequently, it is with great interest that I listened to the Jordanian analysis of the situation in Syria and the Peace Process in the Middle East, as well as the refugee issue, which is a burning issue.

“On my part, I expressed my view on these issues and I also briefed the Jordanian side on the developments in the Greek economy and the economic opportunities that will arise once we leave the memoranda (bail-outs) era behind us.

“Furthermore, I shared our analysis on the discussions taking place regarding the future of Europe, as well as our efforts to resolve pending issues with countries of the Western Balkans, in order to give new impetus to their European perspective,” he concluded.

Top photo: President of the Hellenic Parliament, Nikos Voutsis, accompanied by Greek Ambassador to Jordan, Vasileios Bornovas, is granted an appointment with the King of the Hashemite Kingdom of Jordan, His Majesty Abdullah II bin Al-Hussein; Parliament President Nikos Voutsis and his delegation pictured in conference with his Jordanian counterpart, President of the House of Representatives of Jordan, Atef Tarawneh; The Greek delegation, headed by Parliament President Voutsis (alongside Ambassador Bornovas and former Finance Minister MP Trifon Alexiadis) meets with Prime Minister Hani Al Mulki. 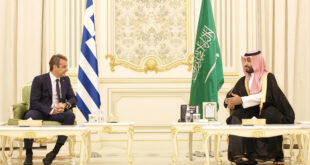 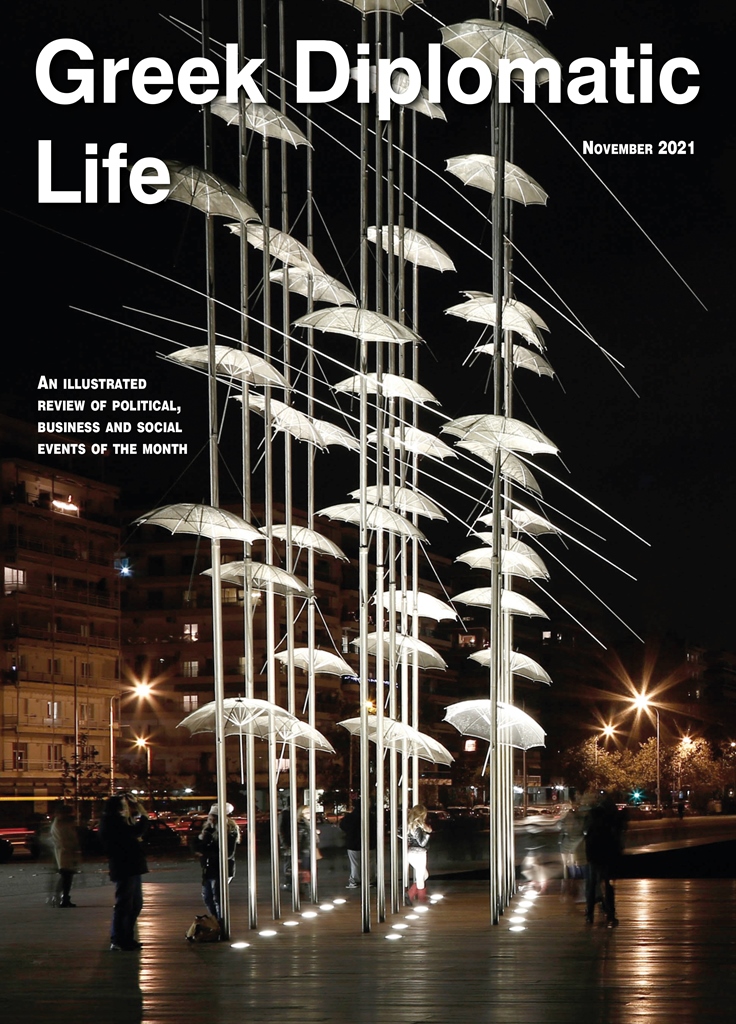