Interview with H.E. the Ambassador of the Republic of Botswana, Athaliah Lesiba Molokomme 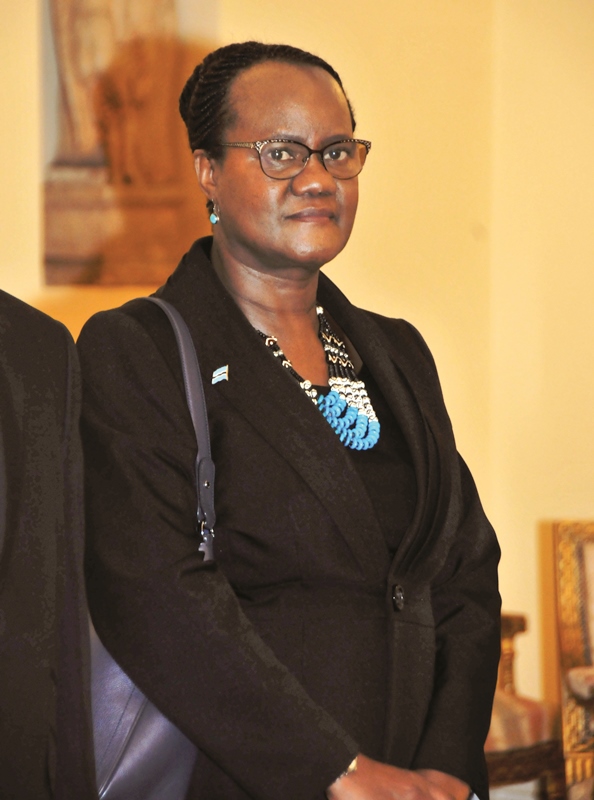 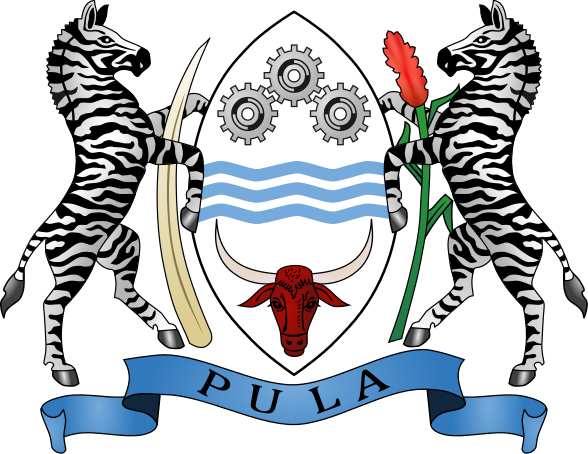 “Botswana has been and remains one of Africa’s leading destinations that offer a predictable and secure environment for investment and business.”

As Botswana has yet again been cited as the least corrupt country in Africa for 22 years in a row by the 2017 Corruption Perception Index (CPI) released by Transparency International in Berlin, placing it within the top 5th of all surveyed nations, as well as above almost two thirds of the nations of Europe, we asked the recently accredited Ambassador of the Republic of Botswana to Greece, Athaliah Lesiba Molokomme, what are the key ingredients that this top performing African country implements. 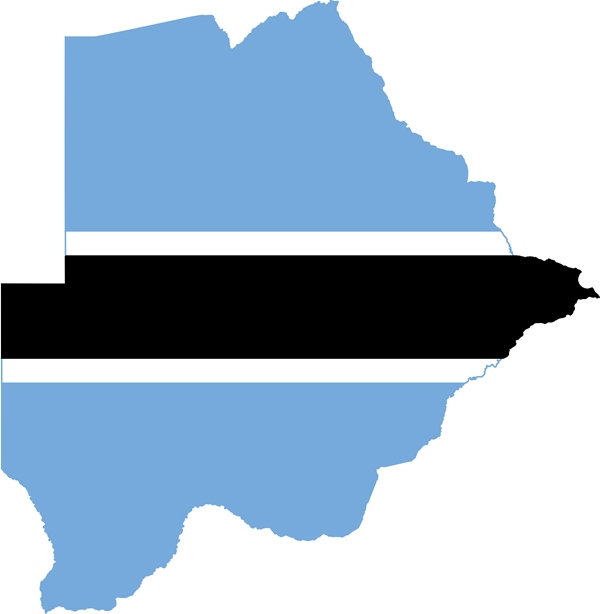 GDL: Botswana, one of Africa’s most stable countries, is the continent’s longest continuous multi-party democracy. But its small population and landlocked position means that it relies on its neighbours for imported goods. What are the relations between your country and your regional neighbours?

ALM: Botswana enjoys cordial relations with regional and neighbouring countries, be it our immediate neighbours, the Southern African region and African continent at large. For a land-locked country at the heart of Southern Africa, good working relations with ‘transit countries’ are key for Botswana to enable the movement of goods and business persons be it to our markets of export interest or in transit.

We have used the same value – based system that has ensured the sustainability of our democracy in our relations with our neighbouring countries. Botswana entered into a customs union with Lesotho, Namibia, South Africa and Swaziland. The Southern African Customs Union (SACU) allows for the free movement of goods among these countries, and is practically the oldest customs union in the world having been established in 1910.

Botswana is also a founding member of the Southern African Development Community (SADC) and our capital city Gaborone hosts its Secretariat. Botswana is party to the SADC Protocol on Trade which aims at establishing a free trade area (through tariff liberations) among the 15 member states and facilitate preferential access to a market of over 200 million people.

Botswana is actively participating in the COMESA-EAC-SADC Tripartite FTA negotiations and the Continental FTA negotiations that are aimed at extending free trade to the entire African continent, opening trade to a more than a billion people. 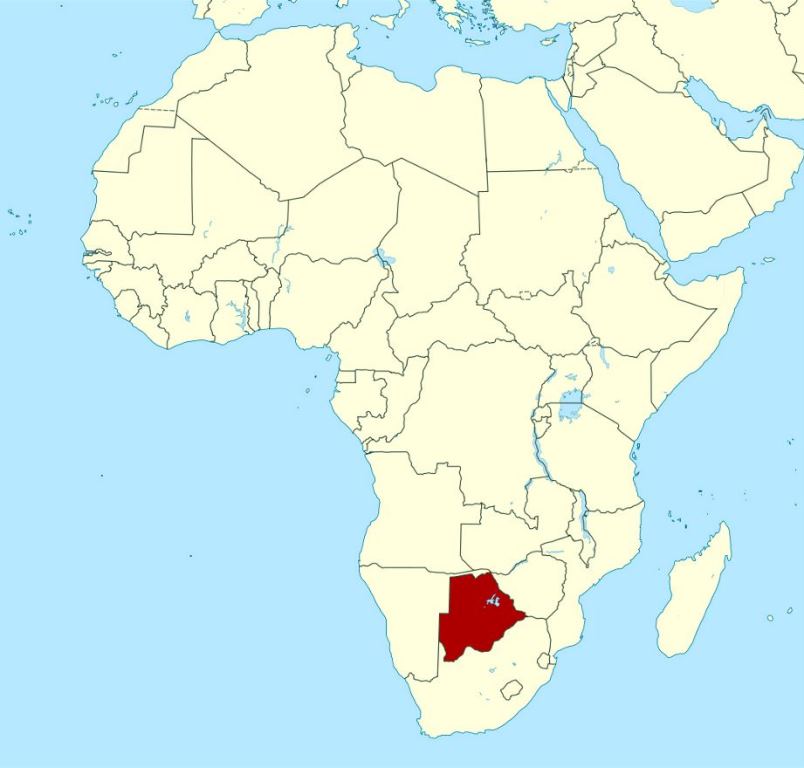 GDL: For the past two decades Africa was overlooked as investors rushed into other places. But now it is Africa’s turn. What does Botswana have to offer when attracting foreign investors?

ALM: Botswana has been and remains one of Africa’s leading destinations that offer a predictable and secure environment for investment and business.

There is a host of compelling reasons to invest in Botswana and I can enumerate a few:

– Botswana offers a stable, peaceful and transparent environment for citizens and investors alike. Botswana is committed to sound fiscal and monetary policies, economic freedom and has steady growth rates.

– We enjoy favourable sovereign credit ratings, based on a strong government balance sheet, a well-managed economy and a long record of political stability.

– We have no foreign exchange controls or restrictions on business ownership;

– We allow remittance and full repatriation of profits and dividends;

– Taxes remain low – 15% for manufacturing and International Finance Service Centre (ifsc) companies, 22% for other businesses and 25% for individuals;

– We offer duty-free import of machinery and equipment for manufacturing purposes.

– We are consistently investing in new and improved core infrastructure such as power plants, fibre-optic networks, roads and international banking institutions;

– We are establishing ourselves as a centre for innovation and Research and Development (R&D) via the Botswana Innovation Hub;

– We strive to continue with structural and regulatory reforms to improve the business environment & competitiveness.

More information on doing business or investment in Botswana can be accessed through the following: The Botswana Investors Handbook 2017 (http://www.bitc.co.bw/investor-handbook), contains information you will need to make an informed decision, plus investment opportunities in key sectors of the economy. Prospective investors are welcome to contact Botswana Investment & Trade Centre (BITC) at http://www.bitc.co.bw and take advantage of Botswana’s enabling business environment.

“For a land-locked country at the heart of Southern Africa, good working relations with ‘transit countries’ are key for Botswana to enable the movement of goods and business persons be it to our markets of export interest or in transit.”

GDL: Botswana is the world’s largest producer of diamonds and the trade has transformed it into a middle-income nation. But your Government is trying to reduce its economic dependence on these precious gems. What direction should your country follow to boost local business and employment?

ALM: While trade in diamonds has tremendously benefited Botswana over the years, it has not come without its challenges. As with commodities, they are susceptible to price fluctuations and global economic shocks tend to affect demand for the resources which have affected economic growth rates. Furthermore, extractive industries tend to be more capital intensive rather than labour intensive thus resulting in low employment creation.  For those reasons, the Government has committed through the 11th National Development Plan to developing diversified sources of economic growth. A number of initiatives in place and in the pipeline include:

“While trade in diamonds has tremendously benefited Botswana over the years, it has not come without its challenges.”

GDL: Botswana possesses some of Africa’s largest areas of wilderness. How can you upgrade not only your hi-end safari-based tourism industry, but also attract lower-end budget tourism in this market?

ALM: Botswana has followed a low volume-high yield tourism policy. This policy was largely based on ensuring the sustainability of the tourism areas and to sell a unique safari experience where tourists are as close to nature as is possible, without disturbing the eco-system. With 17% of land area reserved for conservation, it important to invest in its longevity. However, Botswana has over the last few years realised changing market trends and have made changes to move with the current times. There has been increased movement towards offering mid-level tourism packages to allow for more customers to access our products. This policy however, is cognisant of the need to protect the sustainability of wildlife areas.

GDL: Botswana has zero tolerance for corruption, boasts a sound legal system and adheres to the rule of law. As a former Judge and Member of the Supreme Court, in your opinion, how did your country achieve such a reputation?

ALM: Botswana has a written Constitution that guarantees everyone fundamental rights and freedoms and establishes the three arms of government: the legislature, the executive and the judiciary. The judiciary is independent and the Government respects and implements the decisions of the courts. In addition, the country has invested in effective institutions that ensure observance of the Rule of Law, which include the Directorate on Corruption and Economic Crime (DCEC). In addition to investigating allegations of corruption, the DCEC conducts outreach and corruption prevention activities and anti-corruption committees have been established in the various government ministries.

“Botswana has over the last few years realised changing market trends and has made changes to move with the current times. There has been increased movement towards offering mid-level tourism packages to allow for more customers to access our products. This policy however, is cognisant of the need to protect the sustainability of wildlife areas.”

GDL: Your country has seen an influx of immigrants seeking respite from the economic crisis in neighbouring countries. How are you coping with this reality?

ALM: While there is some immigration from some neighbouring countries into Botswana, the levels are not alarmingly high. Our labour and immigration laws and policies ensure that only those immigrants who add value to our economy can remain in the country.

GDL: Botswana plays an active role in the Southern African Development Community (SADC) economic group and is a supplier of troops for intervention in other parts of Africa. What other international initiatives does your country participate in?

ALM: Botswana participated in the formation of regional alliances in the making of the Frontline States, a precursor of the Southern Africa Development Coordinating Conference (SADCC) later SADC that was promulgated in 1980.

Botswana’s membership of SADC provides an opportunity to enhance regional integration within the region, as well tackle in a coordinated manner and in sync with other members states issues such as sustainable regional economic growth, fight against diseases such as HIV/AIDS, Malaria, etc., coordinated Humanitarian assistance e.g., as evidenced by Botswana’s assistance during recent floods of 2014 in Malawi and Mozambique and food assistance to Lesotho due to the 2016 drought.

Botswana was also at the forefront of the development and adoption of the SADC Industrialisation Strategy and Roadmap 2015-2063, which offers a long term perspective about aspirations of the sub-region and is aligned to national, regional, continental and international dimensions. In addition Botswana continues to play a leading role in the consolidation of peace, democracy and good governance in SADC and has been actively involved in activities of the organisation, such as observation of other member states’ elections, as well as peacekeeping efforts.

Botswana as member of SADC, participates in Regional Peacekeeping mechanisms in collaboration with the African Union (AU)’s AMANI AFRICA Field Training Exercises which focuses on capacity building/training of military, police and civilian components. Botswana is an active member of the AU and participates at the highest political level in the annual Summit of the AU to promote lasting peace and security. Botswana has also provided relief assistance to other parts of Africa to intervene during famine, natural disasters and disease epidemics.

“Botswana values the friendship and cooperation with Greece which ultimately fosters engagement with the international community to expand in scope, strength and character her founding ideals and national interests onto the international plane.”

GDL: What are your impressions of this country? Do you feel that relations between the two countries can be strengthened and in which sectors in particular?

ALM: Our belief is that Greece shares some of the same ideals that have shaped the path of development that Botswana has followed since independence including democracy, development, self-reliance and unity. Over the years, these ideals have transcended the development planning process and management of the country’s resources.

Botswana therefore values the friendship and cooperation with Greece which ultimately fosters engagement with the international community to expand in scope, strength and character, her founding ideals and national interests onto the international plane. This is what shapes her relations with the outside world and has made it possible to weave a tapestry of relations with countries that were well disposed towards her and were willing to provide much needed development assistance to advance the welfare of our citizens.

Botswana is at a critical stage of advancing promoting partnerships that can unlock true potential between her and the countries concerned. As indicated above, diversification of the economy remains key and we have already seen the potential for investment by Greek companies in Botswana following the visit of the delegation led by the Deputy Minister of Foreign Affairs in 2017. We also look forward to cooperating with Greece in the fields of tourism and sport, where we believe your country has done very well and we can learn useful lessons.

Previous Interview with H.E. the Ambassador of the Republic of Botswana, Athaliah Lesiba Molokomme
Next Reception commemorates the Centennial of Lithuania’s Statehood 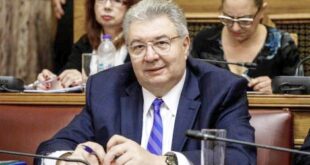