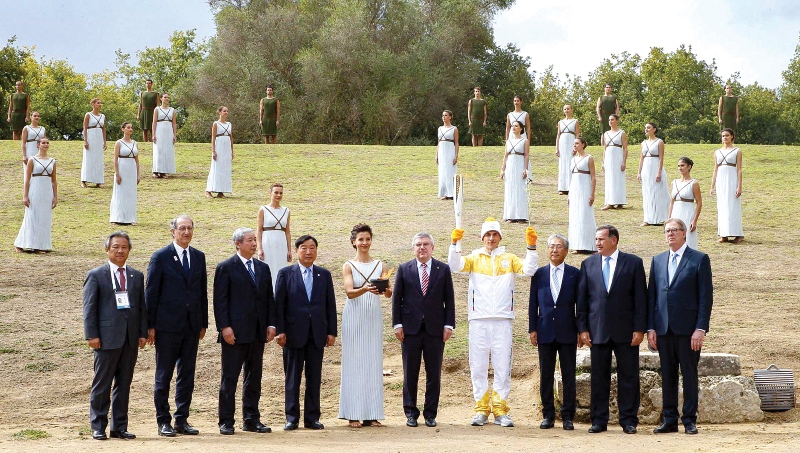 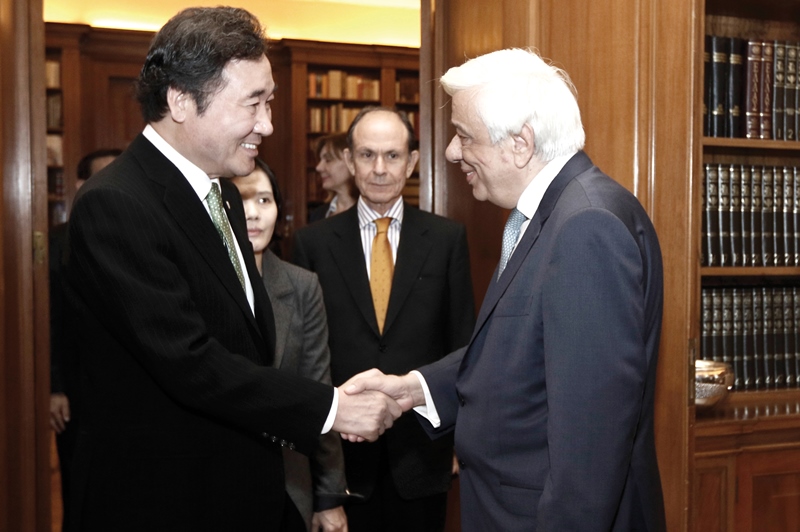 Economic cooperation between Greece and South Korea can significantly help the momentum of development, Prime Minister Alexis Tsipras said in statements after his meeting with the visiting Prime Minister of the Republic of Korea Lee Nak-yon at the Maximos Mansion. The reason for Premier Lee Nak-yon’s visit was to receive the Olympic Flame for the PyeongChang Winter Olympics (at a ceremony in Ancient Olympia). However, economic cooperation was at the centre of his visit. High technology, shipyards, agro-food products, e-government and inter-university cooperation are among the areas where Greece aspires to secure important agreements. 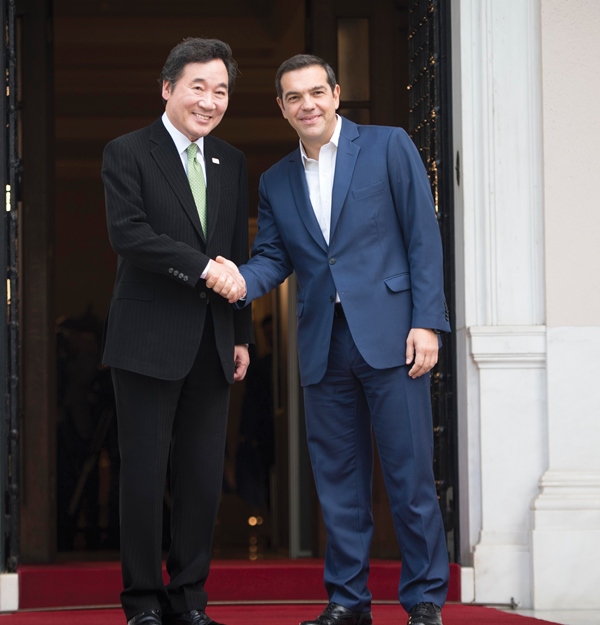 Premier Tsipras said that they discussed the prospects of more investments by Korean enterprises in Greece and the possibility of increasing Greek exports to the Republic of Korea. He also thanked his Korean counterpart for Seoul’s support in the refugee crisis.  “We had a very substantial discussion on cooperation issues and we found out that there is a huge potential for cooperation despite the great distance between our two countries,” said the Greek Premier. “The fact that we share common concerns with respect to global peace and security, as well as the international challenges arising from a globalised economy, brings us closer,” he added.

“The international community should address the North Korean side and demand the immediate implementation of UN Treaties regarding the control of the ballistic weapons,” the Greek Prime Minister said when asked what should be done to ensure that the Winter Olympic Games in South Korea will be safe during his joint statements with his South Korean counterpart Lee Nak-yon. He further noted that it was an opportunity for all to reflect that the correct use of new technologies can support progress and prosperity, while the wrong use may lead to global disaster. 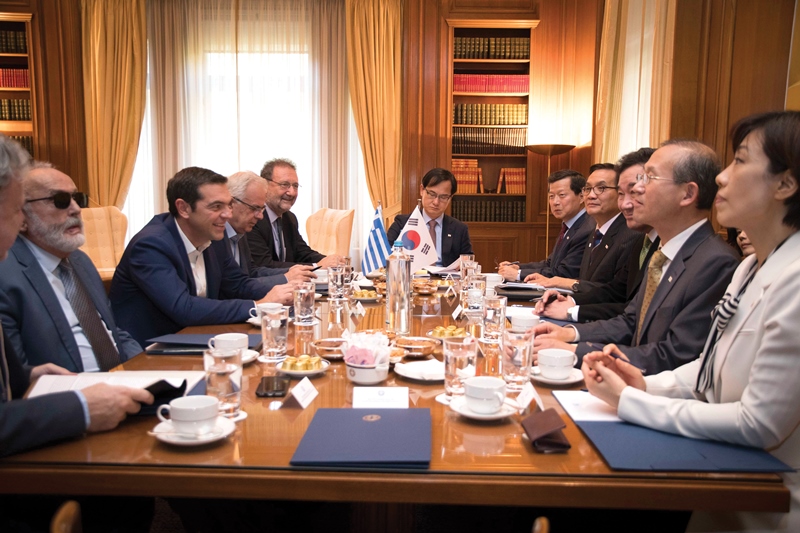 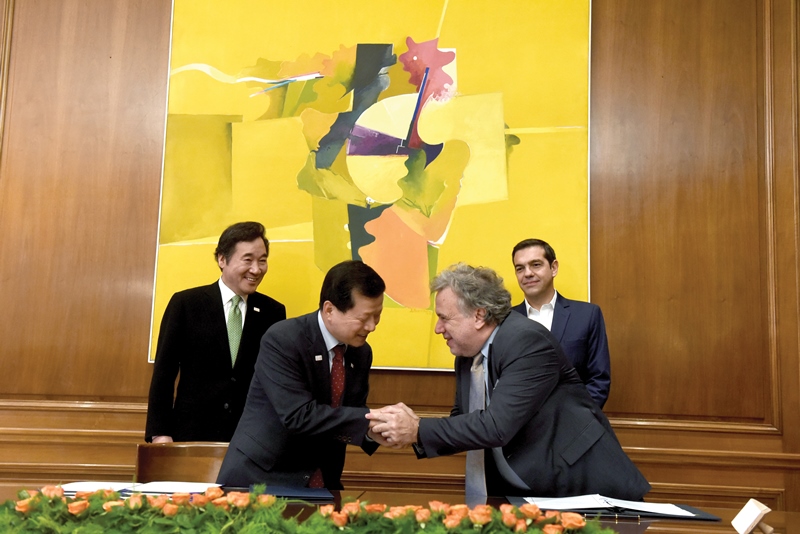 Prime Minister Lee Nak-yon thanked Greece for its support with respect to North Korea and said the two countries must deepen economic cooperation. “We must broaden our trade transactions to reduce the gap in the trade balance between our countries,” he added, as he invited his Greek counterpart to visit his country on the occasion of the 2018 PyeongChang Winter Olympic Games.

The President of the Hellenic Republic, Prokopis Pavlopoulos, also received the visiting Korean Prime Minister and sent a message of peaceful coexistence, cooperation and creativity during their meeting. 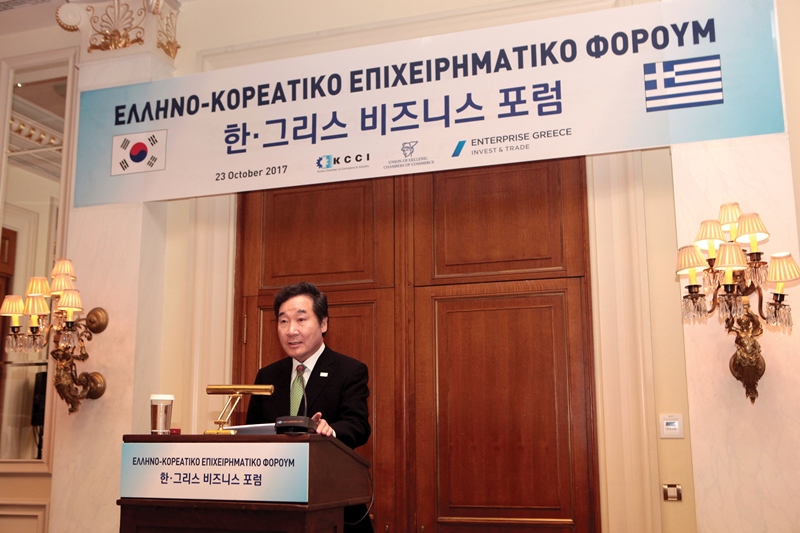 A Greek-South Korean business forum was held by the South Korean Chamber of Commerce, Enterprise Greece and the Central Union of Chambers within the framework of the visit of the Prime Minister of the Republic of Korea, Lee Nak-yon, to Athens. Forty-four South Korean business representatives and government officials participated in the event, as well as an equal number of Greek participants, covering the sectors of shipbuilding, IT and new technologies, tourism and food products. Greece and South Korea also signed a MoC aimed at boosting e-governance by employing know-how extended by Seoul. 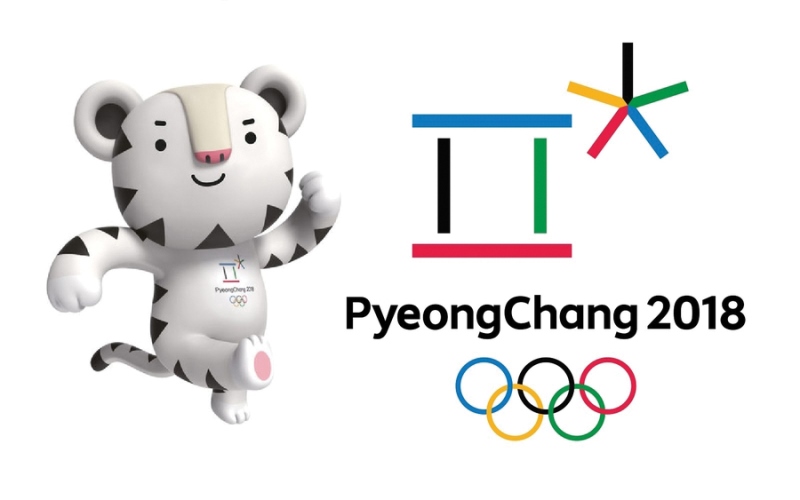 The Olympic Flame
The 16-member delegation, led by Lee Hee-beom, the President of the PyeongChang Organising Committee for the 2018 Olympic & Paralympic Winter Games (POCOG) and South Korean Sports Minister Do Jong-hwan, were presented with the task of delivering the Olympic Flame from Greece to South Korea. The flame was lit at the birthplace of the Ancient Olympics at the Temple of Hera in Olympia in the presence of President Pavlopoulos, IOC President Thomas Bach, Greek and foreign officials and many guests. 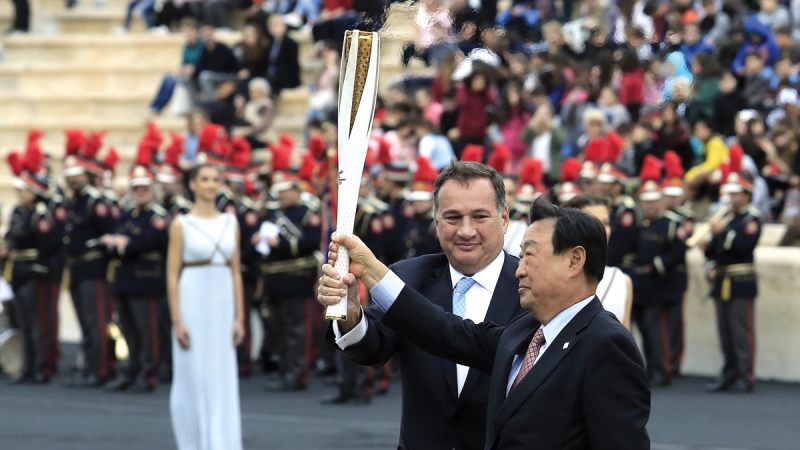 Mr. Lee formally accepted the Olympic Flame at the handover ceremony at the Panathenaic Stadium in the Greek capital. The delegation then carried the Olympic Flame in two lanterns and flew back to their homeland when the 100-day countdown to the PyeongChang Olympics started. The delegation included representatives from host cities in the Gangwon Province – PyeongChang and its two adjacent cities Gangneung and Jeongseon. Once the Olympic Flame arrived in South Korea, the torch relay started with some 7,500 runners who will cover 2,018 kilometres across the nation.

The belief, but also the hope that the Winter Olympics in PyeongChang will be successful and will send a message of peace was expressed in a simple celebration held at the Residence of H.E. the Ambassador of Korea, Ahn Young-Jip on the eve of the delivery the Olympic Flame from Greece to South Korea. Minister Do Jong-hwan said that the PyeongChang Olympic Games will be peaceful and expressed the desire for it to be the starting point for peace in the region. 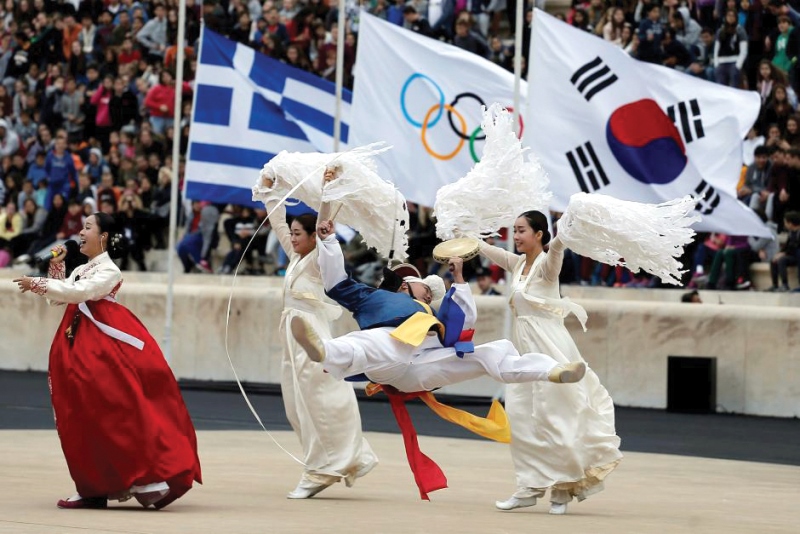 Within the same spirit, Greek Sports Minister Giorgos Vasiliadis said that after a scenic route through the beauty and historical places of our country, the Olympic Flame moves on to the distant PyeongChang. For his part, Mr. Lee, said that he is convinced that these games will be the best and most culturally oriented Winter Olympics. Also he appeared confident that they will inspire the next generation and will communicate the Olympic values of respect, friendship and peace around the world. 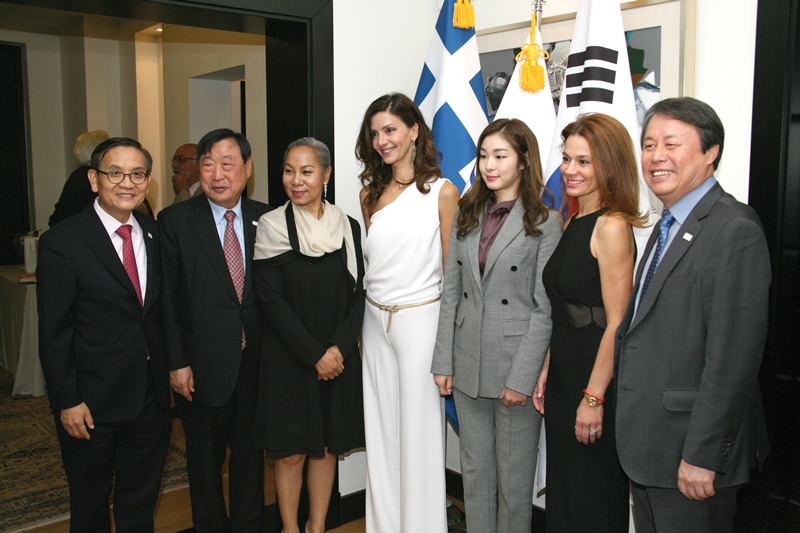 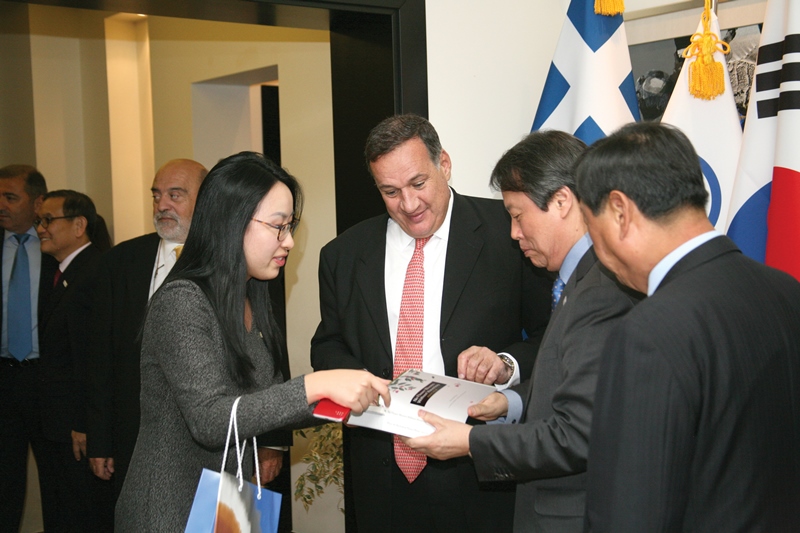 Pictured from above: Visiting Prime Minister of the Republic of Korea Lee Nak-yon pictured during his meetings in Athens with: President Prokopis Pavlopoulos; Prime Minister Alexis Tsipras; the two delegations in conference; signing an a MoC aimed at boosting e-governance; Premier Lee Nak-yon addresses the Greek-Korean Business Forum; the wreath laid at the Heroes of the Korean War monument by Premier Lee Nak-yon; President of the PyeongChang Organising Committee for the 2018 Olympic & Paralympic Winter Games Lee Hee-beom, accompanied by President of the Hellenic Olympic Committee Spyros Capralos, raises the Olympic Torch at the handover ceremony at the Panathenaic Stadium. Below: Korean Ambassador Ahn Young-Jip hosts a reception at his Residence for the visiting Korean officials.