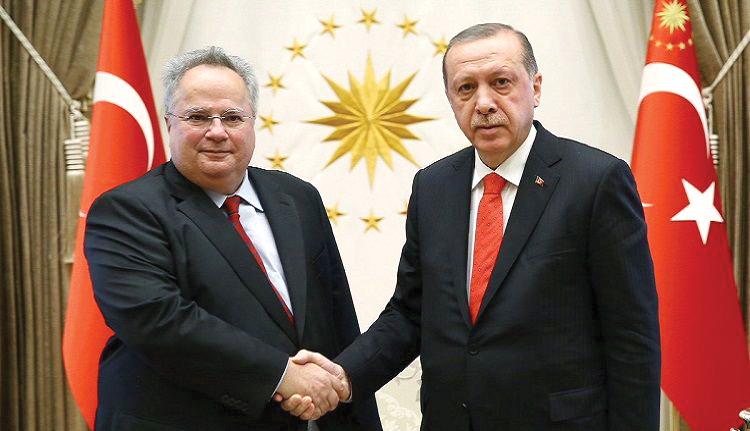 Minister of Foreign Affairs of the Hellenic Republic, Nikoz Kotzias, paid a one-day working visit to Ankara at the end of October upon an invitation of his Turkish counterpart Mevlüt Çavuşoğlu. Expectations are high. After an unusually frosty beginning to the year, it appears that there exists willingness for de-escalation. 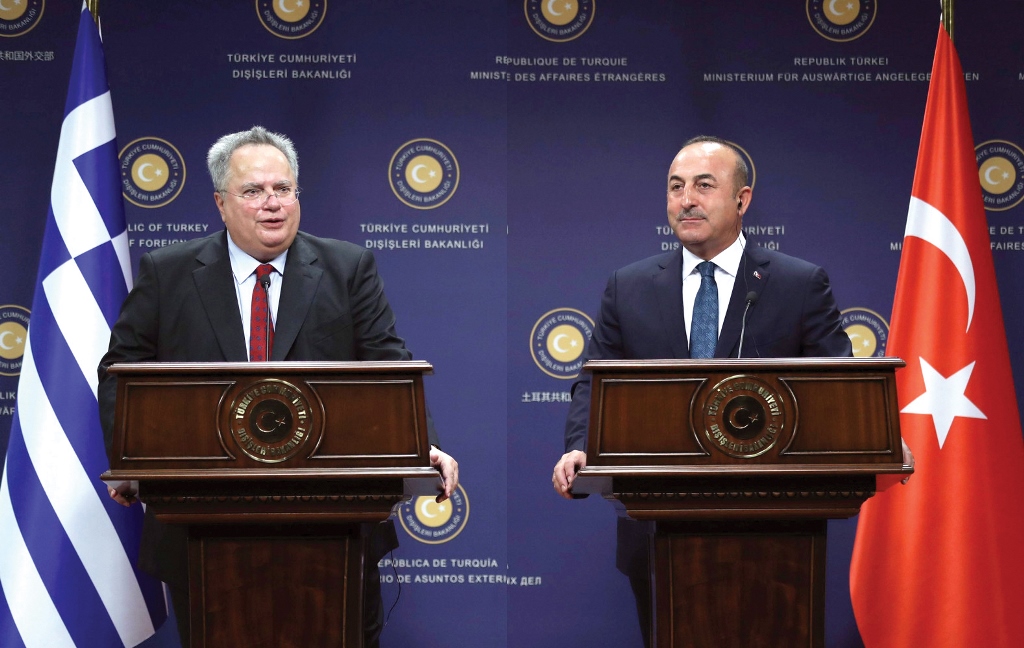 The first step came when Greek President Prokopis Pavlopoulos attended the BSEC summit in Istanbul in May, though his private meeting with President Erdoğan was cancelled at the last minute. President Pavlopoulos’ visit was followed by Turkish Prime Minister Binali Yıldırım’s trip to Athens in June, when he is said to have conveyed President Erdoğan’s wish to visit Greece. Then came Foreign Minister Kotzias’ visit to Ankara, followed by Turkish Deputy Prime Minister Hakan Çavuşoğlu, who visited recently Greece.

In Ankara, the two Ministers discussed bilateral relations, regional and international issues. They met in the Turkish capital after a recent increase in the number of migrants illegally entering Greece from Turkey. The UN reported an increase in migrant arrivals from Turkey in September. It was the highest monthly record since March 2016, when the EU and Turkey reached a deal to restrict the flow of migrants into Europe.

Minister Çavuşoğlu reiterated Turkey’s commitment to the deal and said the EU had failed to deliver a large sum of the money pledged to help Syrian refugees in Turkey.

The two Ministers also exchanged views as part of preparations for the next meeting of the High-Level Cooperation Council between Greece and Turkey, to be held in Thessaloniki in the coming period. Minister Kotzias’ visit also comes amid tensions over the decision by Greek courts not to extradite eight Turkish officers accused by Turkey of involvement in the coup attempt and of links to the US-based Muslim cleric Fethullah Gülen blamed for orchestrating the attempt.

Speaking at a joint news conference, the two Foreign Ministers addressed the issue, with Minister Çavuşoğlu urging Greece to refrain from becoming a “safe haven” for those responsible for the failed coup against Recep Tayip Erdogan in July 2016.

Hundreds of Turkish citizens labelled as “coup plotters” by their government have applied for asylum in Greece and the Turkish side pointed out that a vetting process is in order to determine whether they are linked to cleric Gülen, accused by Turkey of being the mastermind behind the failed coup.

“We would not want our neighbour Greece, with whom we are improving our ties, to be a safe haven for Gülenists,” Minister Çavuşoğlu said, to which Minister Kotzias responded that the Greek judiciary should be respected and left to reach decisions without political interference, even if that means that these decisions will be unpleasant to any side. “We want Greek-Turkish relations to be as close, friendly and considerate as possible. Our peoples have a great deal to gain from the development of our cooperation and from keeping out third parties from meddling in our relationship,” Minister Kotzias stressed. He went on to say that in this fast-changing world, it is important for the relations between Greece and Turkey – two important countries with great histories and an even greater future – to develop steadily. He continued saying that it is of great importance that they form an anchor of stability in a world that is changing and is unstable and that this firm friendship is a sincere one. “We have differences and disagreements, but we also have a positive agenda before us so that we can move forward,” he added.

Minister Kotzias reminded that Greece is also a country that, with great sincerity, conviction and consistency, supports Turkey’s European path, Turkey’s path to the European Union. “We believe deeply that our country will gain more than any other country in the European Union from a Turkey that is a member of this Union. We believe it, we want it, and we don’t like it when we witness doublespeak, double standards and hypocrisy. These have no place in international politics or inter-state relations. It is of great importance, during this period of instability, that we maintain open channels of communication between the two states. The meetings between the Ministers of Foreign Affairs are very important from this perspective, because the Ministries of Foreign Affairs also coordinate the cooperation and contacts among other Ministries” the Greek head of diplomacy added.

Both Ministers reaffirmed the development of a positive agenda and are moving ahead on economic cooperation, on joint transport projects, on cooperation in the field of education and training, particularly at the level of higher education and contributions to cooperation in the tourism sector. They also believe that they should continue their meetings at all levels of the Ministries of Foreign Affairs, and especially the very successful meetings of the Secretaries General.

The two sides discussed issues such as the betterment of living conditions for the Muslim minority and its education and for the Greek presence from Imbros to Istanbul, so as to resolve certain problems of legal or bureaucratic nature that have existed for many years now and do not need to be outstanding anymore.