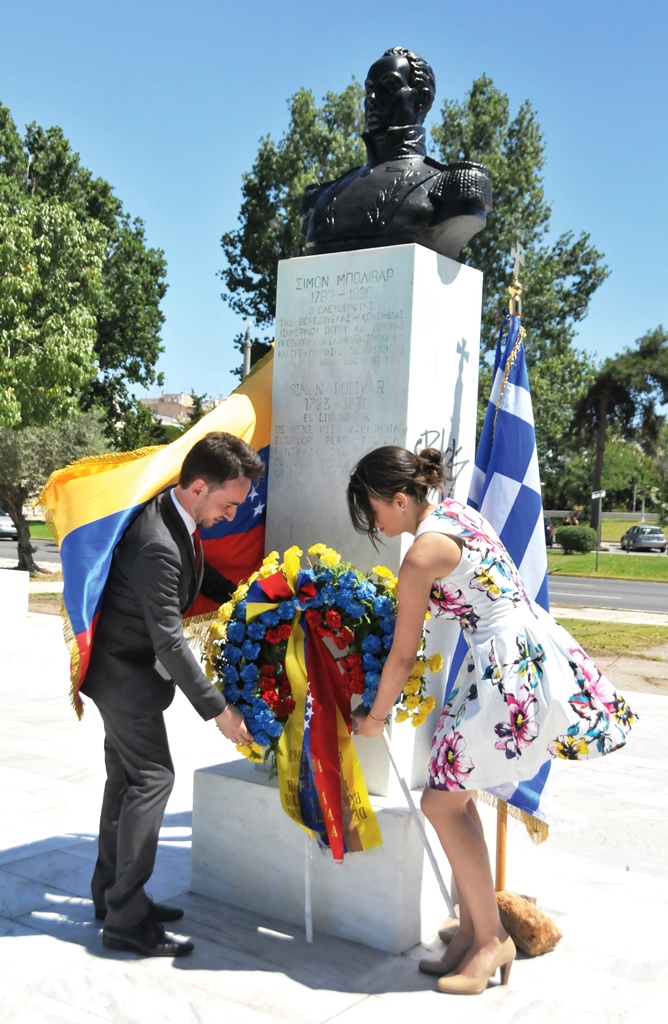 With the placement of floral offerings before the monument of the statue of the Liberator Simón Bolívar and an interpretation of songs and poems, a commemorative act for the 206th Anniversary of the Signing of the Act of Independence of Venezuela took place in the central square of the Municipality of Glyfada on July 5th. The event, led by H.E. Ambassador of the Bolivarian Republic of Venezuela, Farid Fernandez, was attended by Ambassadors from Latin America, the MoFA Director for Latin America and the Caribbean, Ambassador Dimitrios Hatzopoulos, as well as diplomats accredited to Greece, ship-owners, municipal representatives and representatives of the Venezuelan and Latin American community in Greece. 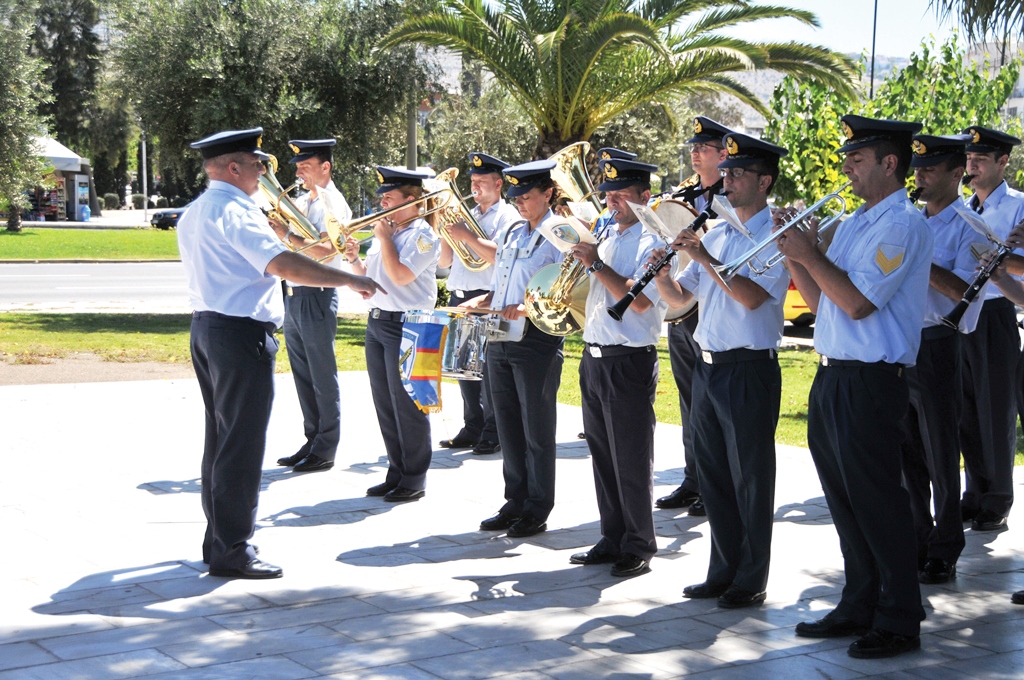 The solemn ceremony began with a greeting in which Ambassador Fernandez emphasised the historical weight of this day, not only for Venezuela, but for all of Latin America. He also addressed the values reflected in the text of the Declaration of the Independence of Venezuela, alluding to the eternal struggle for freedom, which remains immortal and shared by both the people of Venezuela and the people of Latin America and the Greek people. 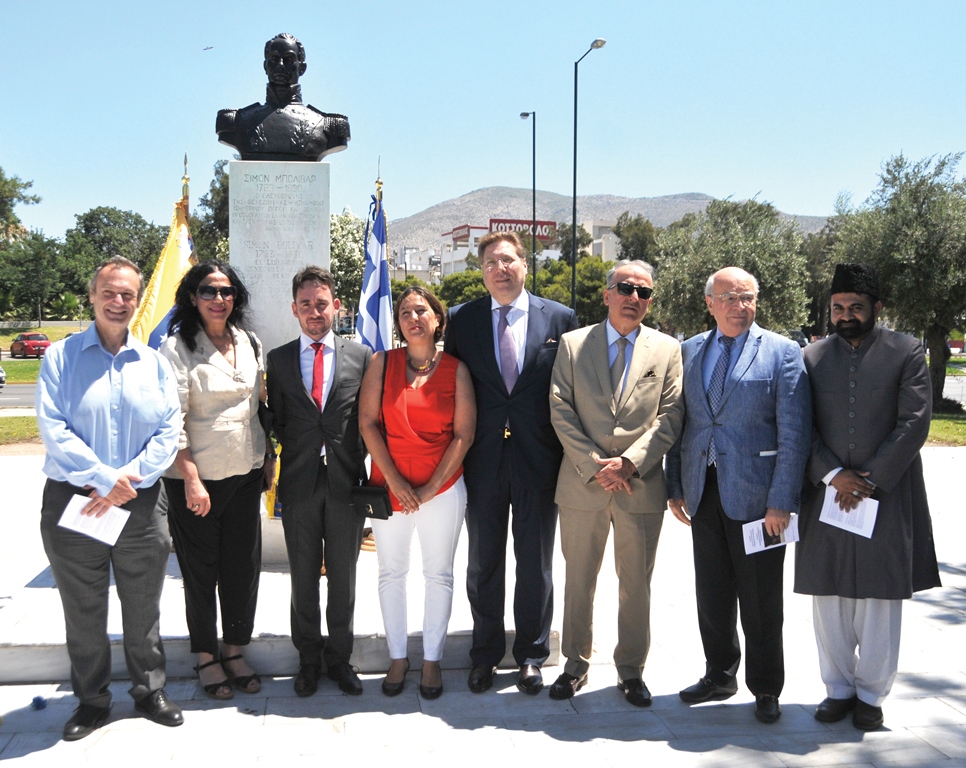 The military band of the Hellenic Ministry of National Defence interpreted the National Anthems of the two countries as the Ambassador, on behalf of the Government of Venezuela and the Venezuelan and Latin American community, placed a floral wreath. The event concluded with the songs of Alí Primera interpreted by the Venezuelan singer Alkis Kolliás and the Mexican singer Marta Moreleón, as well as a short recital of poems by the Chilean poet Jaime Svart, which reflected the dynamic style of the Venezuelan poet, Chino Valera Mora. 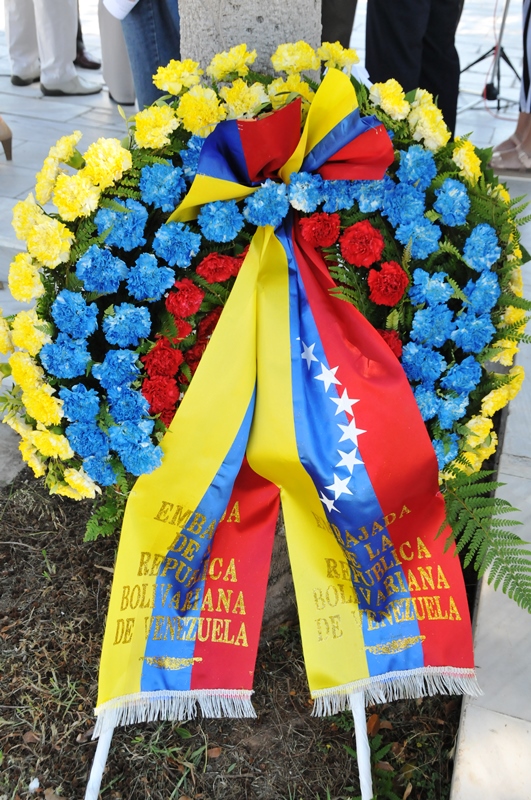 H.E. Ambassador of the Bolivarian Republic of Venezuela and
Mrs. Farid Fernandez pictured with Greek officials and Members of the Diplomatic Corps (top); laying a wreath at the foot of the statue dedicated to Simón Bolívar; with Members of the Consular Corps (left); the Hellenic Ministry of National Defence military band plays the National Anthems of the two countries on the 206th Anniversary of the Independence of Venezuela (right).