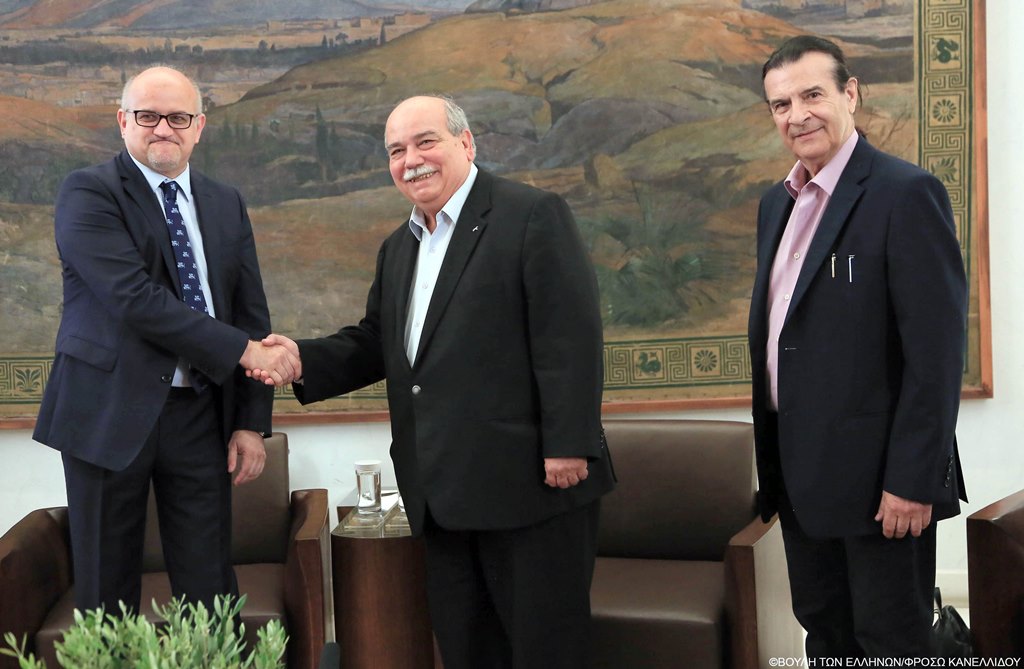 Greece and Montenegro intend to extend bilateral cooperation to more areas, especially in economic affairs, Foreign Minister Nikos Kotzias and his visiting Montenegrin counterpart Srdjan Darmanovic said during a joint press conference after their meeting in Athens on June 13th. 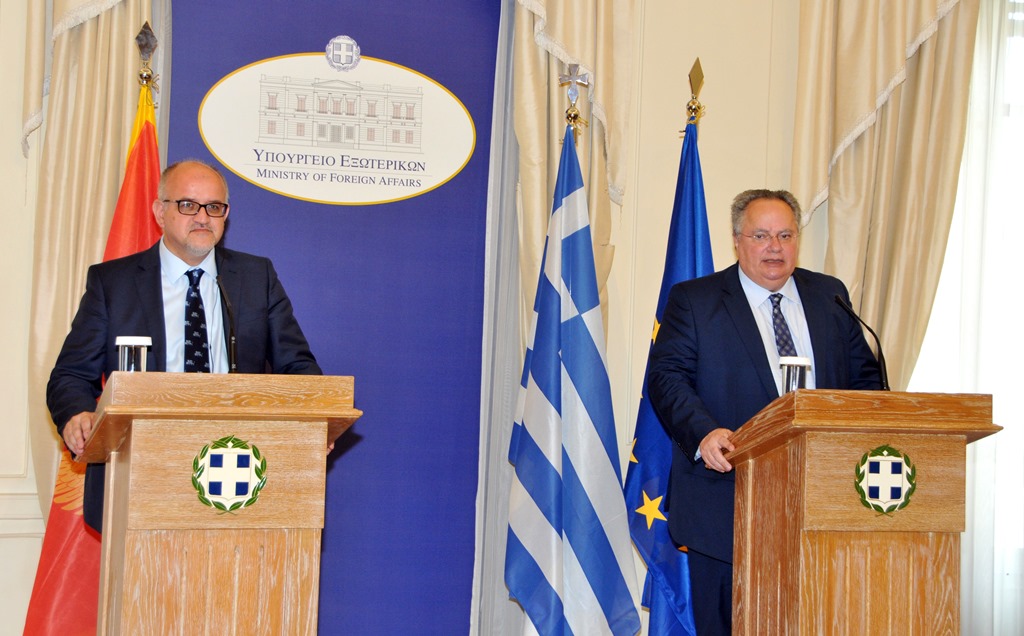 “Montenegro and Greece are two beacons of stability in the Balkans. We are two countries that ensure that we contribute to the stability and security of the region. From this point of view, the friendly state of Montenegro is a country that helps spread a political culture of consensus and compromises in our region,” Minister Kotzias said.

Montenegro had demonstrated this through its efforts to resolve all manner of problems existing in the Balkans, he added, while thanking Minister Darmanovic for expressing his support for the earthquake victims on the island of Lesvos and congratulating him on Montenegro’s accession to NATO.

“Of all the countries of the Western Balkans, it is the country that is most advanced in the negotiations and closest to joining the European Union,” he added, stating Greece’s intention to support Montenegro’s European course.

The Greek Foreign Minister said the two countries, which already cooperate on the level of military schools, universities, research and cultural centres, intend to expand their cooperation to other areas, including between the two Foreign Ministries. “We are both enemies of nationalism, which has filled our region with new clashes. We want to develop networks. We want to make use of the Trans-Adriatic Pipeline, to develop the Ionian Adriatic Pipeline. We want to support the major highway of the Ionian Road and its branches. To work together on educational and cultural issues and, of course, to fight organised crime,” he said.

The Montenegrin Minister said that his main goal in visiting Greece was to further promote the close bilateral relations between the two countries, while he praised Greece’s positive role in the region. “Greece was the first NATO contact country for Montenegro in 2008,” he said, expressing his gratitude for Athens’ assistance as a full NATO member when Montenegro joined the Alliance last week, as well as its steadfast support for Montenegro’s efforts to join the EU.

“We agreed that EU enlargement should not lose the momentum that it had in the Western Balkans,” he said and called for a heightened EU presence to encourage the Western Balkans in their accession course. If important institutions for democracy and economic prosperity, such as the EU were not an active presence in the region, he added, “they will be replaced by someone else”.

Minister Darmanovic especially welcomed the launch of a direct flight between Greece and Montenegro by Aegean Airlines in June, saying that this will greatly contribute to strengthening the bonds between the two countries and to developing tourism. The presentation of the tourism and investment potential of Montenegro to the Greek public is another goal of this visit. Montenegro is very glad to have reputable Greek business partners in the country.

He also emphasised the very constructive multilateral cooperation and pointed out that both countries reached a mutual agreement to support each other for the membership of the UN Security Council, for Greece in the period 2025-2026 and for Montenegro the following year, 2026-2027. They also have a reciprocal support agreement for the membership of the UN Committee of Human Rights and they exchanged views on the situation.

Asked about the recent elections in neighbouring Kosovo and whether these might have an impact on its relations with Montenegro, Minister Darmanovic played down the potential significance of the problems: “We have recognised Kosovo, we have good relations, we are continuing dialogue and see no reason why this situation should not continue with any new government that is formed, which will probably be a coalition government. We believe that we will continue in this direction, that a solution will be found in Kosovo’s parliament between the political forces of the country. We are very comfortable, I would say, regarding this issue.” 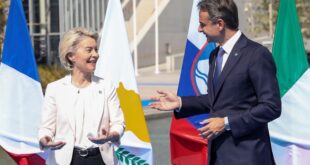