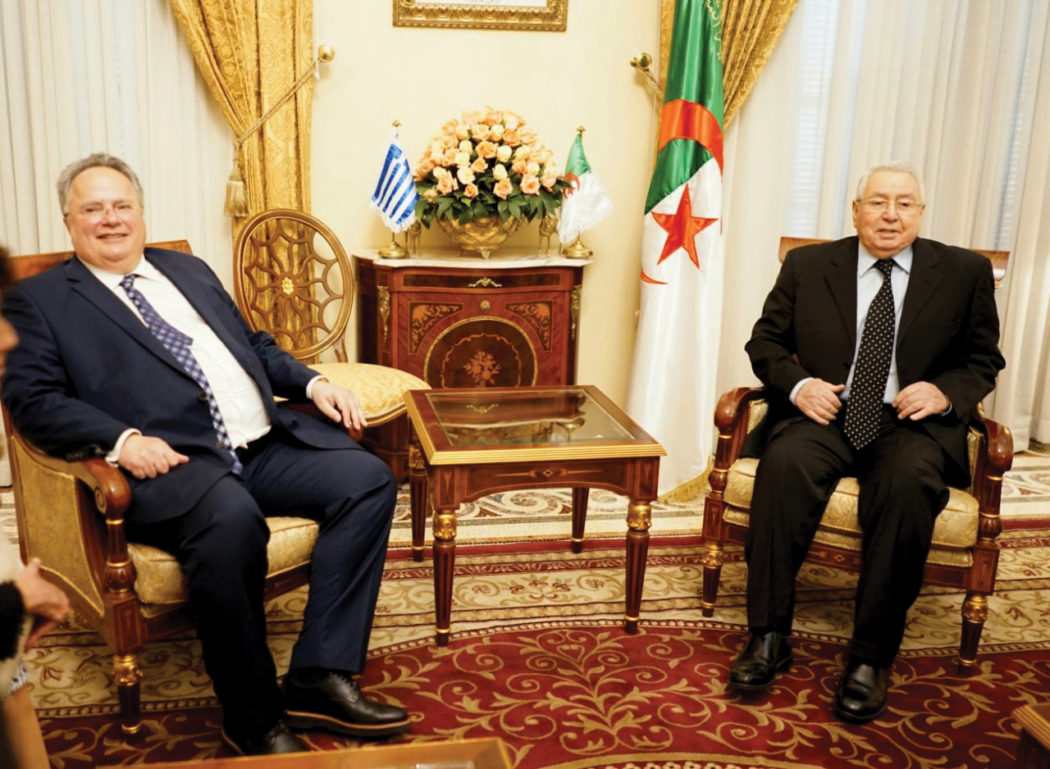 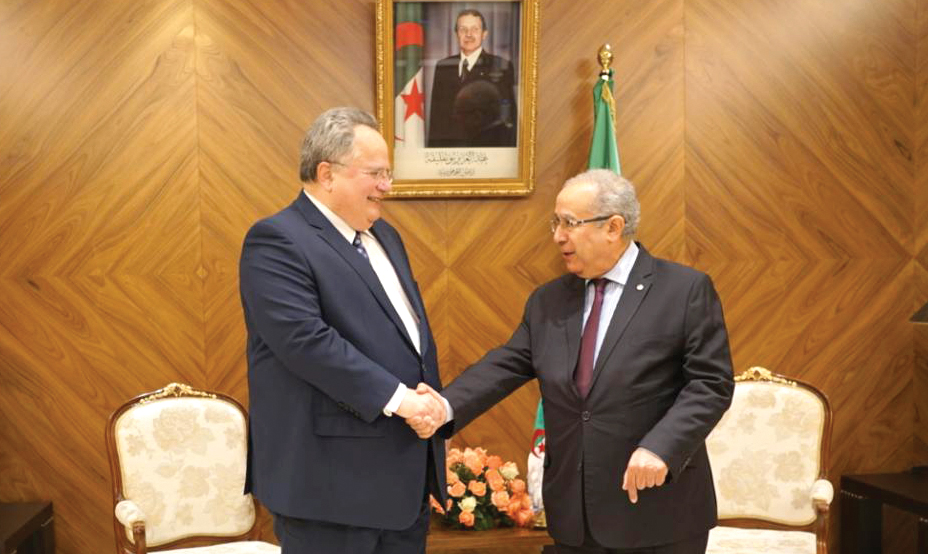 Foreign Minister Nikos Kotzias paid a visit to Algiers at the end of April during which time he met with the Algerian Foreign Minister, Ramtane Lamamra (pictured right), and the President of the Council of the Nation, Abdelkader Bensalah (top). “Algeria is one of the most important countries in the Mediterranean. It is the largest country in area, with a growing population and dynamic economy. It is a major exporter, with good exports of natural gas and oil to Greece. It is a country with which we have traditionally friendly relations. We came to intensify these relations and to prepare a visit of the Prime Minister, as well as the Algerian Foreign Minister’s upcoming visit to Greece”, Minister Kotzias said.

The Greek Foreign Minister expressed his satisfaction with the results of the first visit of former President of the Republic Karolos Papoulias in December 2014, stating that his trip had “success” at all levels, both as to intensify contacts and to take immediate steps. “We talked about the region’s problems, and don’t forget that the two countries, in different ways, are neighbours with Libya and have a direct interest in the developments in Syria. We discussed regional problems and ascertained a considerable coincidence of views on a number of these. We agreed to develop our relationship both with regard to the Foreign Ministries, through our specialised Directorates and the Diplomatic Academy, and with regard to the sectors of other Ministries, as well as enterprises. Moreover, we will prepare to hold a business forum, as well as a Joint Interministerial Committee for the discussion of further development of our economic relations. I think it was a successful trip and stimulates our relations with this important Mediterranean country”, he added.

Minister Lamamra welcomed the outcome of the talks, stressing that there already exists a good base in the relationship of the two countries and that there is room to further extend cooperation in all areas with emphasis on energy. He praised the work of Greek companies operating in Algeria, noting that they help in the development of his country, and expressed the hope that there will be more investments in the future, which will supported by the Foreign Ministry. He also expressed his satisfaction with the visit of the Greek Minister and decisions on closer cooperation that have been agreed upon between the two sides, stressing that there is a very good dynamic for the intensification of economic relations between the two countries. 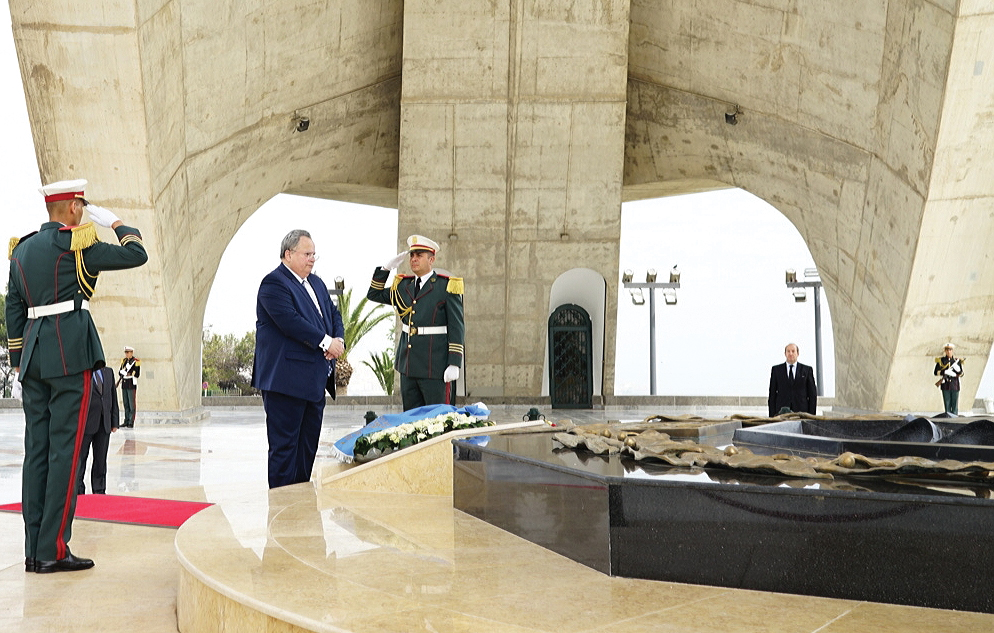 Algeria is the largest African country and participates in the African Union and the Organisation for Islamic Cooperation.

The New Cooperation for the Development of Africa (NEPAD),  the bilateral cooperation with countries of the region, as well as the necessity of making the peace and security architecture of the African Union operational through the activation of the Agency’s Crisis Response Mechanism (CARIC), have handed Algeria the title of being a pillar of stability in the wider region of Africa. Algeria’s aim is not only to have good relations – and maintain leadership aspirations – in the African continent, but also with the West, as its relations with leading countries are excellent. Within the context of Algeria’s overtures to the West, Greece is considered a strategic economic partner in the energy sector.

With the energy sector being the main pillar of bilateral economic cooperation, the cooperation between Greece and Algeria focuses on the exchange of oil and gas and the cooperation of DEPA with the state-owned Sonatrach hydrocarbon company. It was also explored the possibility of expanding cooperation to the field of RES, especially regarding know-how in solar thermal collectors and photovoltaics.