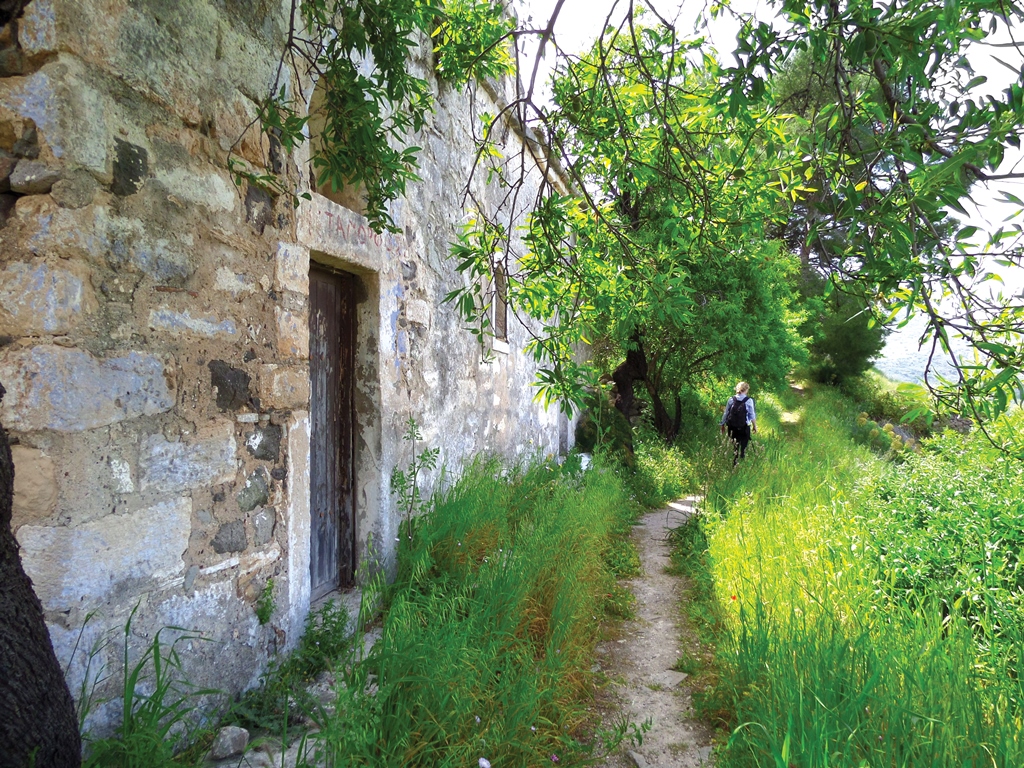 Parnitha is the perfect place for nature and hiking lovers, herb collectors and gambling fans. Everybody finds something interesting on Parnitha Mountain, which is the highest mountain in Attica (1,400m) and one of the most beautiful in Greece.

Ancient Greeks believed that the cloven-hoof god Pan used to come here to play his flute and dance in the forest. Parnitha was first inhabited during the Mycenean Period and was always a key point area for Attica’s defence.

It is located 30km NW of Athens and in its vast National Park which extends over 300sq metres (presenting variable topography with several summits, gorges, streams and plateaus brimming with pine trees), live 30 mammal species (deer, rabbits, foxes, etc), 120 bird species (many of which are endemic) and 800 different plant and herb species (covering 17% of country’s flora). Visitors can walk through this park and explore the area and its several small caves.

Walk on hundreds of footpaths, take a mountain bike ride on a designated trail in the area of Agios Merkourios, explore dozens of small caves and visit a lot of beautiful churches and monasteries such as Aghia Triada, the Kleiston Monastery and the Monastery of Aghios Kiprianos, to name but a few. The mountain has always attracted climbing fans throughout the year, especially at Bafi and Flambouri (alt. 1,158m) where two mountain refuges operate with a capacity of 50 persons each.

Or for those of you not so adventurous, but just want to try your luck, take the cable car up to the Mont Parnes luxury hotel and casino; placed at the crest of the mountain, visitors get to enjoy a panoramic view of the city of Athens below.

Filis Fortress: It is located in the west slopes of the mountain at an altitude of 687m. It was built in the 4th Century BC in a critical position (on the ruins of an older fortress) and with a great view of the area. In the SE part of the fortress along the way that led to Athens, you can still see marks of carriage wheels on the rocks.

Panos Cave: It is close to the Filis Fortress and is only accessible through a gorge, by climbing on a slope which is difficult to approach. It took its name from the worship of Nymph and Pan. Archaeologists found 2,000 oil lamps in it. It has two rooms and a rich decoration of stalagmites and stalactites, while the rocks around the cave have holes where people used to put their votive offerings.

Mont Parnes Casino: The casino is open 24/7. A formal outfit and a valid passport are required in order to enter the casino. If you go by car, follow Athens-Lamia National Road and turn left at the Parnitha exit. The road that leads to the top has many turns, but the route is amazing. Even more enjoyable is the cable car with its steep incline and breath-taking views. You can leave your car in the large car part and take the cable car up to the top for sightseeing, coffee, fine dining or visiting the casino. 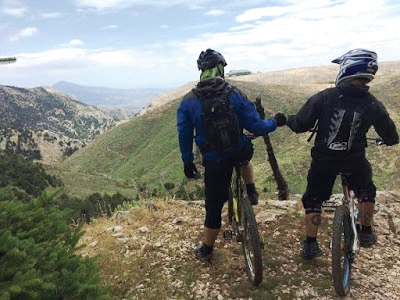 Hiking is a very popular activity in Parnitha. Two climbing associations, along with the Forest Service of Parnitha have created a dense network of trails that cover the whole mountain range. Numerous paths pass along springs, thick forests and pastures. There are many options, according to the altitude difference that someone intends to cover (0-800m), the distance (500-5,000m) and the time needed (30’- 6 hours). Several routes give the opportunity to observe different vegetation types: firs, pines, oaks, junipers, plane trees, phrygana, etc.

The most important trails are indicated either by simple red signs on rocks and trees or by red tapes or finally, by special signs for each path, such as red triangles, red squares, yellow rhombs, etc. In this way, following the same shape and colour of the signs, one can find the path and follow it to its end. Furthermore, there are two mountain refuges, one at Bafi, owned by the Hellenic Alpine Club of Athens, and the other one at Flampouri, belonging to the Hellenic Alpine Club of Acharnes. Both shelters are available for resting and sleeping. You can contact either of these clubs for suggested hiking/biking or climbing routes. 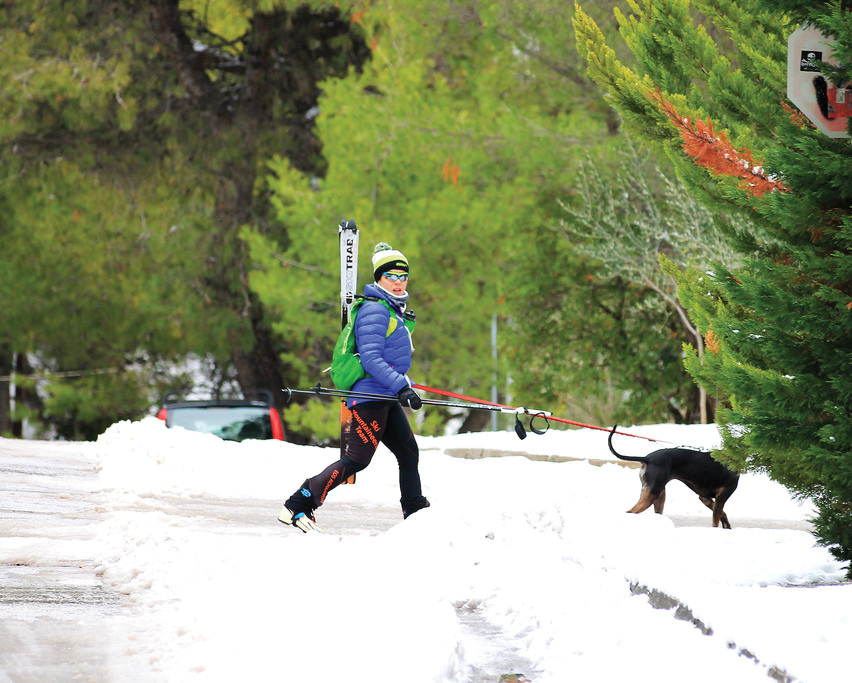 Mount Parnitha is a worthwhile destination to visit all year round, with each season offering the visitor something different. In summer enjoy the cool and fresh breeze and the shadow of the trees. In autumn the colours are unique, especially near the streams and rivers. In winter the mountain gives another feeling with its snow-capped slopes and delicious tavernas. Finally, in the spring the meadows and the valleys are in full bloom and water trickles through the streams.

So if you are looking for something to do this weekend, explore some of the hidden secrets of the National Park of Parnitha – don’t miss out on this wonderful outdoors opportunity. And that exactly what three adventurous diplomats did recently.

Three daring diplomats recently managed to climb Mount Parnitha – namely Mirna Khawly Chargé d’ Affaires of Lebanon, Jan Bondy Ambassador of the Czech Republic and Noureddine Bardad-Daidj Ambassador of Algeria managed to reach the peak of the mountain and had a lot of all-round fun during this day-long expedition.

It was their first sporting activity for 2017, but definitely not the last as they plan to continue seeking interesting and challenging locations and attract some more colleagues and friends to join them on their next excursions! 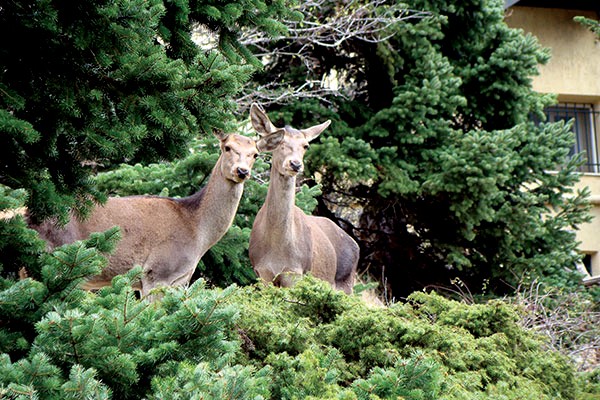 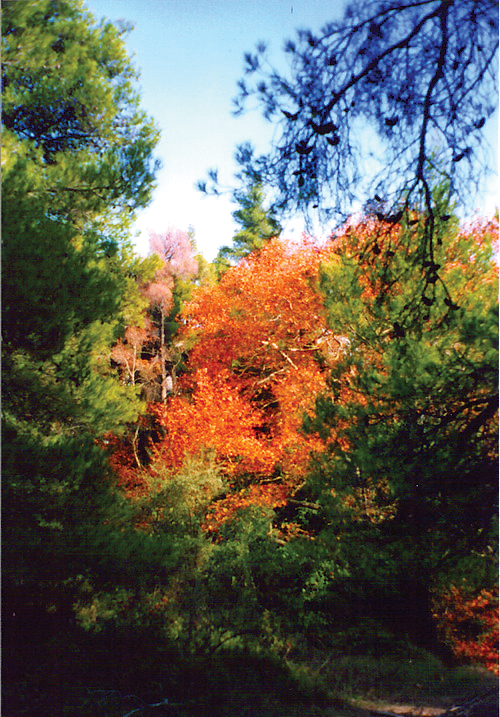 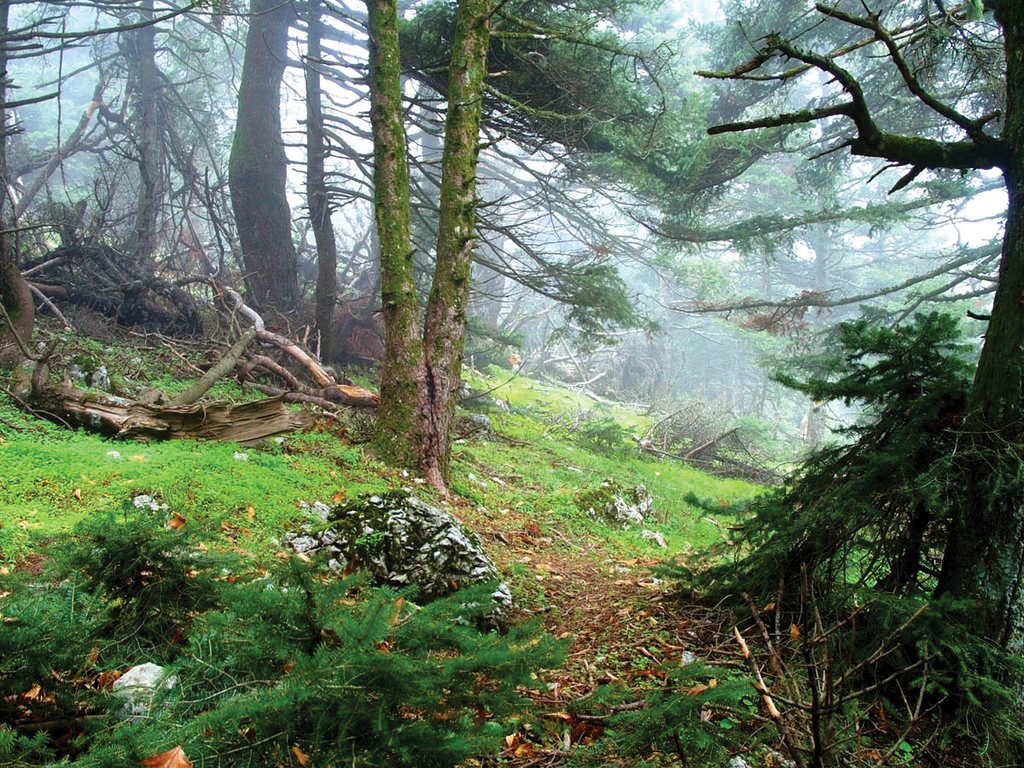 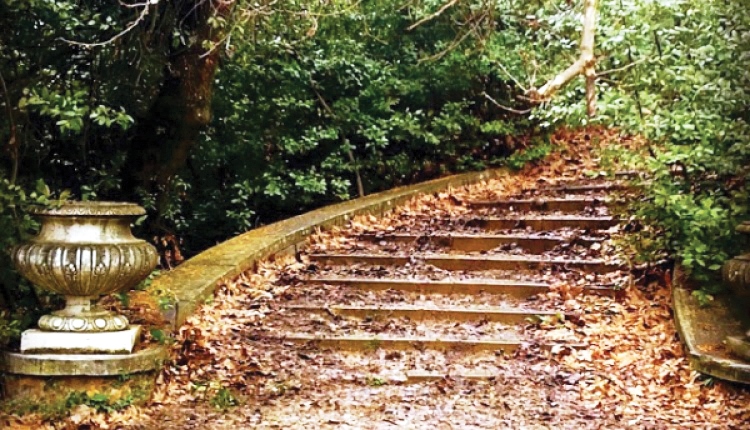 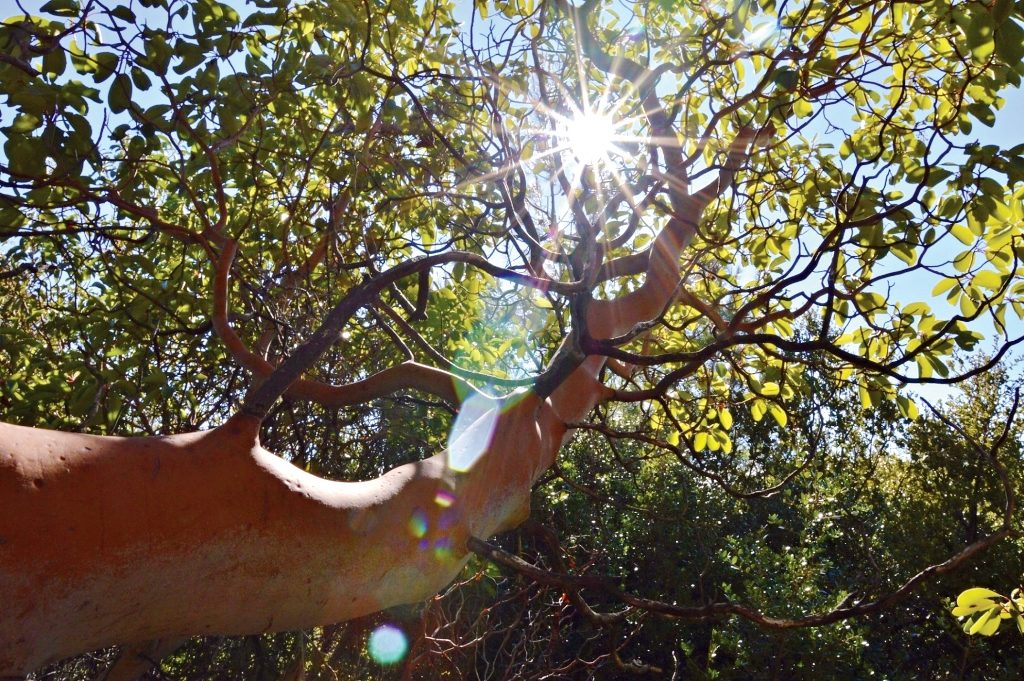 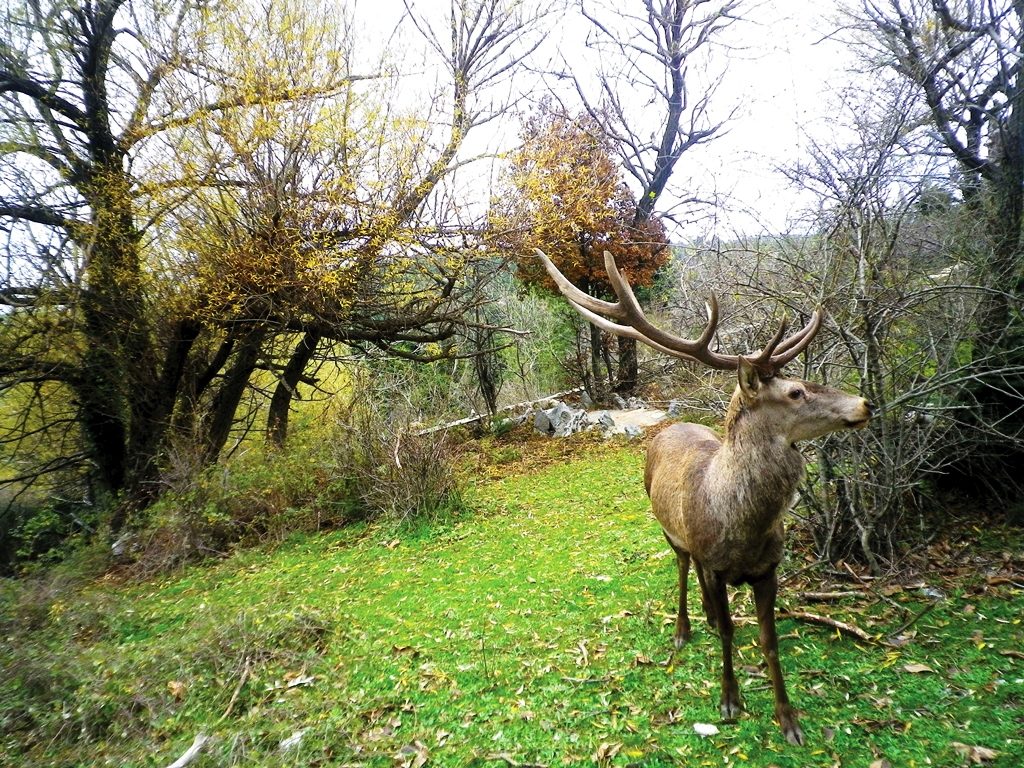 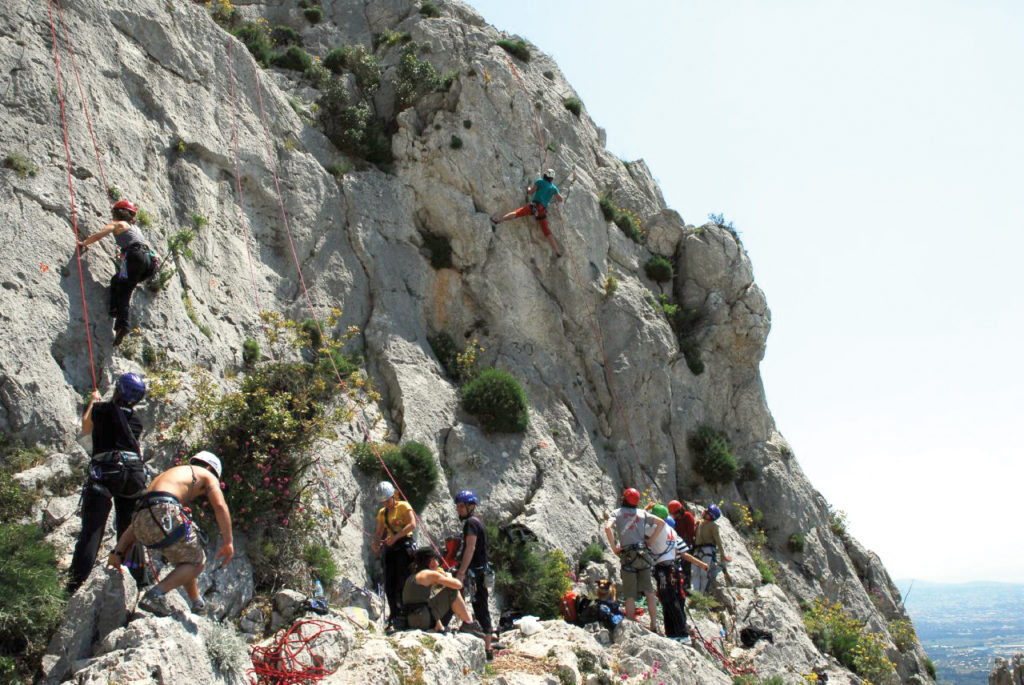 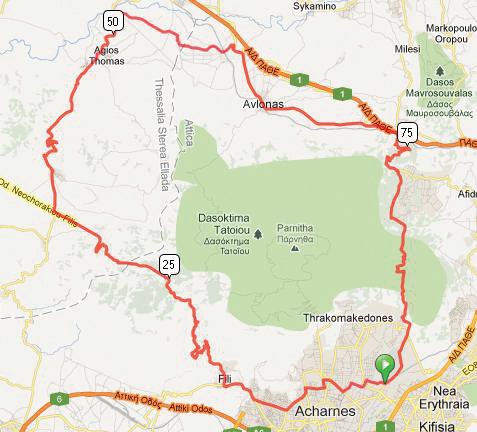 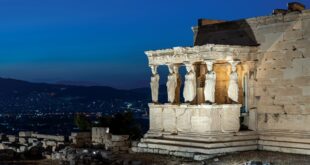