Reuniting Europe: the Maltese Presidency of the EU Council

On January 1st, Malta became the smallest country ever to take on the six month rotating Presidency of the Council of the EU. The priorities of the Maltese Presidency are driven by the objective to restore trust in the EU, the need for dialogue and reflection on the EU’s future, as well as the pertinent issues relating to migration, security and economy. During the next six months, the Presidency will focus on six key areas: migration, single market, security, social inclusion, Europe’s neighbourhood policy and maritime affairs. 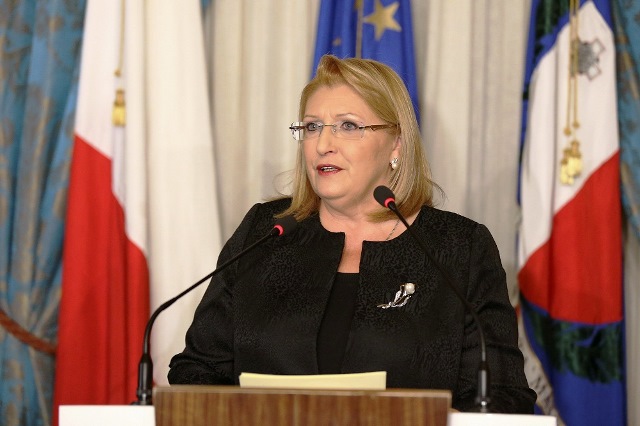 “I urge you to make the European Union a place where the dignity, peace and well-being of all is effectively and truly central.”  This was the message which the President of Malta Marie-Louise Coleiro Preca relayed to the President of the European Commission Jean-Claude Juncker who was on an official visit to Malta with the College of Commissioners.

President Coleiro Preca shared her vision of the need for a more united Europe, stating that for meaningful unity to be achieved and nurtured “we need a stronger European Union”. Reiterating that we need an EU which is socially conscious, strongly democratic, embedded in solidarity and which prioritises the well being of every member of our diverse communities and societies.

Denoting the challenges which are currently being experienced across the Union, “in terms of its economic, social, and political life”, President Coleiro Preca said that these challenges offer an unprecedented opportunity for a deep-rooted review and, where necessary, reform. “I urge you to take this chance to adapt the structures and instruments of our Union, so that they can fully embrace the real concerns of all those who call Europe their home”, she said. 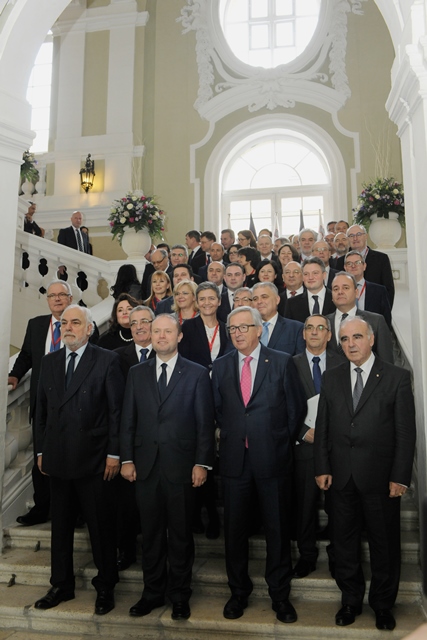 At a time when different interpretations of the European project and its future are being proposed, with voices calling for walls to be built, for borders to be reinforced and for divisions to be reasserted, President Coleiro Preca appealed to all those present and said that “we cannot be silent or complicit when so much is at stake”, whilst adding that “we must remind one another of the important gains we have made”.

The Maltese Head of State said that we are the ones who must begin to make a difference, by rejecting the structural oppressions which have resulted in one in four people within the EU to live at risk of poverty or exclusion, according to the latest data from Eurostat. She also said that without a Union which prioritises the emotional, psychological, physical and cultural well being of its citizens, “there can be no positive change towards greater equity, peace and prosperity”. “We must work together to make our European family of nations a better place, where dialogue replaces division; where friendship triumphs over suspicion; where peace speaks more strongly than hostility”, she said.

Finally, the President urged the College of Commissioners to make the European Union a place where solidarity is the defining characteristic of our European identity, “and an inheritance of lasting benefit for both present and future generations”. 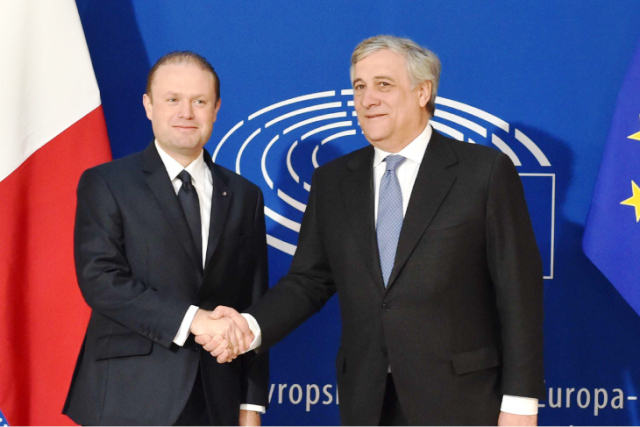 During the first half of 2017, alongside many other ambitious targets, the EU will have to deal with the Dutch and the French voting for new administrations; the victory of Donald Trump in the US which is feared to embolden anti-European populists in northern Europe and anti-liberal far-left movements in southern Europe; and of course Brexit – facing the possibility of the formal process being triggered in the next six months. Malta’s Prime Minister Joseph Muscat has said that his country is “geared to handle” the start of negotiations and that the Government will look to play “an honest broker role” between the UK and the EU. 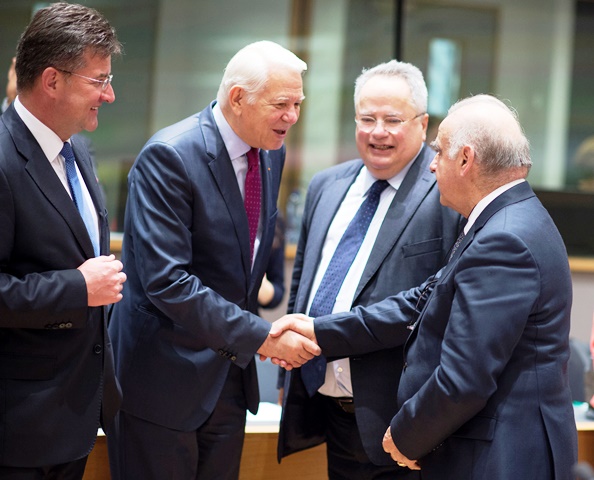 Premier Muscat stated that immigration is the hardest challenge the EU has faced in recent years. The Maltese Presidency is aware of the lack of agreement between the Member States and thus is striving to achieve progress towards convergence. Malta believes that in light of the current migration situation, a compromise between the Member States of the EU is required, in order to pave the way forward.

It is clear that the first step is securing borders, including maritime ones. Therefore, one of the priorities should be that the agreement with Turkey, which despite all of its problems was the only step that had any impact, is replicated in the centre of the Mediterranean whilst keeping in mind the realities of this zone. This then needs to be accompanied by effective sharing of responsibility between Member States.

Hinting at a European Union with a variable geometry, Malta’s Parliamentary Secretary for the EU Presidency, Ian Borg, said that the EU had to be flexible to cater for the disparate needs of member states and restore belief in the European project. “It is about time to address the notion that one size and model fits all shapes,” he said speaking at an event in Brussels where he presented the priorities for the Presidency. 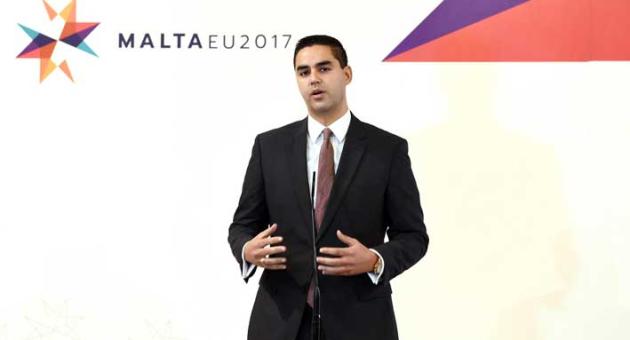 Together with its trio partners (The Netherlands and Slovakia), Malta participated in setting out the Council’s programme identifying the main areas of its work over the 18-month period between January 2016 and June 2017, based upon five priorities for the EU to become a Union of jobs, growth and competitiveness while empowering and protecting its citizens by confronting issues such as poverty and social exclusion. They also aim to build a Union with a forward-looking climate policy that also upholds freedom, security and justice while playing an important role on the global scene.

Malta’s EU Presidency logo is a more stylised interpretation of the Maltese Cross, to bridge the historical gap between historical national values and the multi-faceted fellowship that currently characterises the EU. It points in all directions, indicating where Malta sees her place in the world. It looks both forward, and back, but draws different influences and currents together in one strong, central shape.