A new approach for the protection of heritage 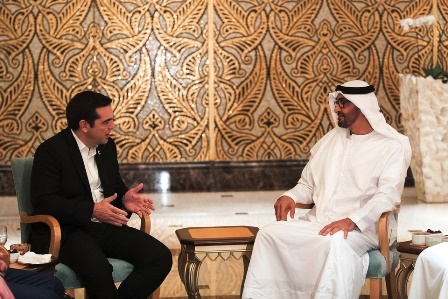 Prime Minister Alexis Tsipras participated in a UNESCO conference for the Protection of Cultural Heritage organised by the United Arab Emirates and France. More specifically, he visited Abu Dhabi from December 2nd-4th, where he met with Mohammed bin Zayed Al-Nahyan, the Crown Prince of Abu Dhabi and French President François Hollande.

During his meeting with the French President, Greece’s on-going second programme review, the country’s relations with countries in the Persian Gulf, EU relations with Turkey regarding migration, as well as the on-going negotiations on Cyprus were discussed. Concerning migration, Premier Tsipras and President Hollande agreed that NATO’s activity in the Aegean must continue and the EU-Turkey deal must be implemented. Ahead of the French President’s visit to Cyprus, the two sides welcomed the restart of talks, discussed developments on the issue and noted its importance in EU’s relations with Turkey. They also stressed the need to end Turkey’s aggressive rhetoric. 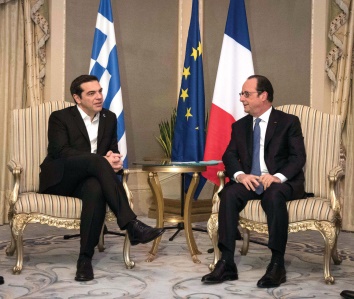 On 3rd December, UNESCO Director-General, Irina Bokova, called for renewed commitment to protect heritage under attack at the International Conference for the Protection of Cultural Heritage in Conflict Areas, organised upon the initiative, and in the presence of Sheikh Mohammed bin Zayed Al Nahyan, Crown Prince of Abu Dhabi, and the President of France, Francois Hollande. This Conference, held under the patronage of UNESCO, took place in Abu Dhabi, the United Arab Emirates, bringing together Heads of States and Ministers from over 40 countries, as well as representatives from international organisations and museums. “Over the past recent years, we have built a new cultural landscape, a new approach for the protection of heritage as a key security issue,” stated Ms Bokova.

The United Arab Emirates have led Islamic countries in unequivocally condemning iconoclasm carried out in the name of Islam. Crown Prince Sheikh Mohammed Bin Zayed recalled the importance of culture to build resilient societies: “the world has a shared responsibility for protecting human cultural heritage”. He called on all participants to strengthen commitment against illicit trafficking of cultural property, which is weakening identities and contributes to the financing of terrorism. It was also highly significant that the Grand Imam of Al Azhar Mosque in Cairo – the closest that Sunni Islam gets to an accepted voice of authority – gave his support to the conference the day before it opened. Ahmed Al Tayeb said, “I am delighted at this generous initiative, which incorporates the cultural meaning and human values that bring the East and the West together to seek to repair the damage caused by the barbaric terrorism and destruction by extremists.” 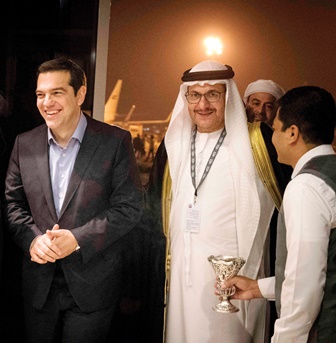 The Abu Dhabi Declaration on the Protection of Endangered Heritage endorses the creation of a new International Fund for the Protection of Heritage, with an initial contribution by France of USD 30 million dollars, the UAE has added $15m, and it is expected that public and private contributions will take it to at least $100m.