Parliament President of the Czech Republic in Athens

A new climate of understanding 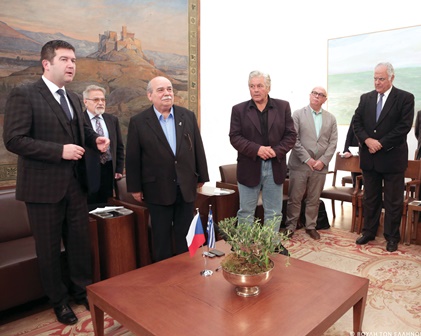 The President of the House of Representatives of the Czech Republic, Jan Hamáček, was in Greece on an Official Visit recently, during which time he was accompanied by a large bipartisan delegation of the Czech Parliament.

On friendship and cooperation between Greece and Czechia, both at political and Parliamentary levels, but also in the perspective to create “a climate of understanding on all matters, even where there are different views on major European issues,” was stressed by the President of Hellenic Parliament, Nikos Voutsis, during his meeting with his Czech counterpart in the Houses of Parliament.

On the Greek side, the meeting was attended by the Chairman of the National Defence and Foreign Affairs Standing Committee, MP Konstantinos Douzinas, and the President of the Greece-Czech Friendship Group, MP Athanasios Papachristopoulos. 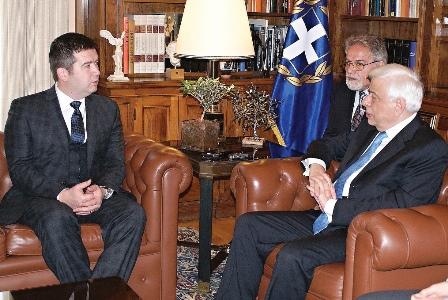 During the meeting between the Greek-Czech Friendship Parliamentary Group and the Chairman of the Czech Parliament, both sides referred to the historical ties of friendship that unite the two peoples and expressed the need for programming, where possible, of more frequent contacts between the representatives of Parliaments. At the same time, they analysed aspects of bilateral relations and discussed issues such as the balance of trade, tourism, cultural exchanges and interdisciplinary cooperation. Finally, references were made to the situation in the wider region of the Balkans, Southeast Europe and the Middle East and emphasis was placed on the issue of addressing the refugee issue.

President of Republic, Prokopis Pavlopoulos, asked from Greece’s European partners solidarity to the refugee issue during his meeting with Mr. Hamáček at the Presidential Mansion. He said that Greece meets its commitments and called on the other European partners to show their solidarity to the refugee issue. He added that some Europeans have objections on the way Greece deals with the matter, particularly on the protection of the sea borders, which are not only Greece’s borders, but EU borders. “Maybe they do not understand that this is not a matter of irregular migration, it is something much more than that, and secondly, the protection of the sea borders is very different than the protection of land borders. It is very difficult for someone that does not have sea borders to understand the special nature of the problem; to safeguard your borders and to comply with the International and European Law on Human Rights.” 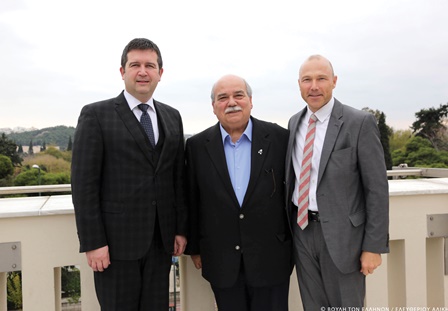 On his part, Mr. Hamáček said that he understood the difficulties and noted that his country is willing to help with equipment and staffing, as well as on the joint protection of the European borders. He also pointed out that the refugee issue is an international issue, underlining that there must be a distinction between those refugees that are entitled to asylum and the economic migrants clarifying that the latter should return to their countries.