Tourists touring the Parthenon recently were treated to an amazing site as they were joined by the Presidential Guard who were there for a flag raising ceremony on Acropolis hill to mark the 72nd Anniversary of the Liberation of the City of Athens. 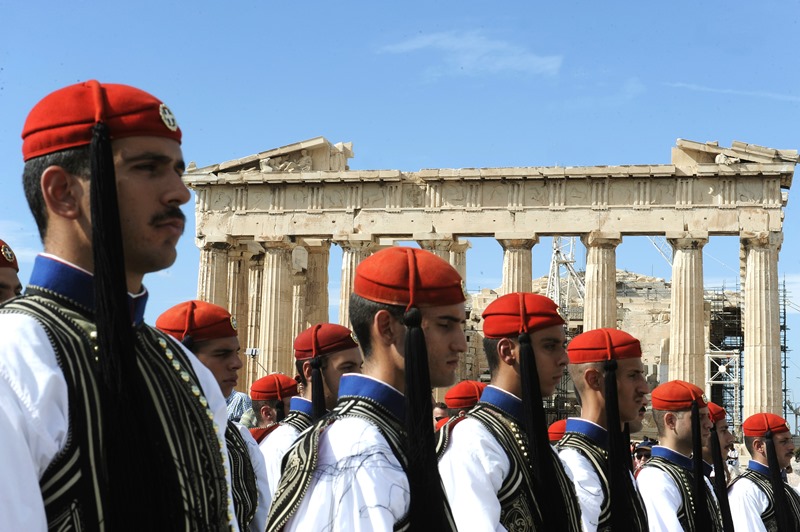 “The great cost in lives paid by Greece, as well as its unquestionable contribution to the victory against fascism, tied the country’s course with a democratic Europe,” said Athens Mayor Giorgos Kaminis during a speech on the Acropolis Hill, adding that this message remains relevant today as the country struggles in its difficult economic and social circumstances.

“The same solidarity, with specific actions and initiatives, was shown by the city and the municipality to the thousands of refugees and migrants and in the management of the refugee issue.” 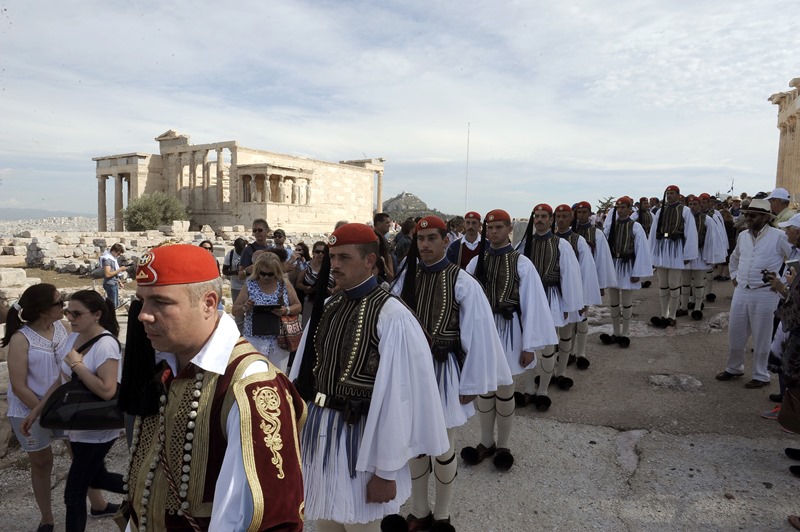 The Parthenon was built to celebrate the triumph of Athens over adversity, but survival would be hard for this extraordinary building. Over 2,500 years it has been abused, plundered, mistreated and all but obliterated. Its remains now stand as a proud symbol of the endurance of Greek civilization.

After four decades of intensive work by hundreds of experts in archaeology, architecture, marble working, masonry, restoration, conservation and mechanical, chemical and structural engineering, much has been accomplished. Already the restoration of two of the major buildings, the Erechtheion and the Temple of Athena Nike, has been completed, as has much of the work on the Propylaia and on large sections of the Parthenon.

Please note that we welcome readers photos to place on our ‘Photo of the Month’ section. Send to: diplomat@otenet.gr

Previous Migration & Refugee issues top agenda at the 71st United Nations General Assembly
Next Lake Plastira – A miracle, of both man and nature