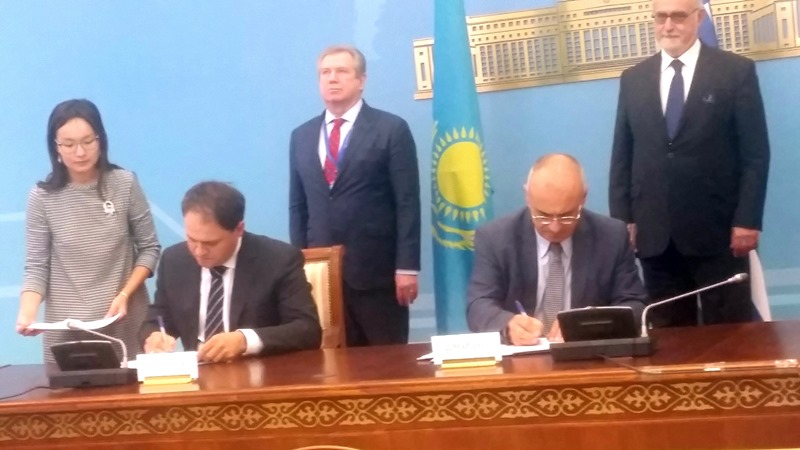 Deputy Minister Mardas was in Astana to attend the 3rd Inter-Ministerial Committee of Greece-Kazakhstan, during which time he signed a relevant cooperation protocol with his Kazakh counterpart R. Vassilenko.

Parallel to the Inter-Ministerial Committee meeting, the 1st Kazakh-Greek Business Forum was also held and a further two cooperation deals were signed between respective enterprises working in the field of hi-tech products and medical rehab services. A total of 15 Greek businesses actually took part in the Forum, representing mostly the food industry, pharmaceuticals, RES and consulting services with Greece expressing its keen interest in the food industry. They also had a multitude of meetings with their peers from Kazakhstan.

Moreover, on the margins of the Joint Inter-ministerial Committee, Mr. Mardas had a meeting with Foreign Minister E. Idrissov, during which the excellent level of bilateral relations was confirmed while ways to further strengthen relations were examined and views were aired and exchanged on various issues of international concern. Lastly, Deputy Minister Mardas made a speech at the University of Astana in the presence of local academia and representatives of the Diplomatic Corps. 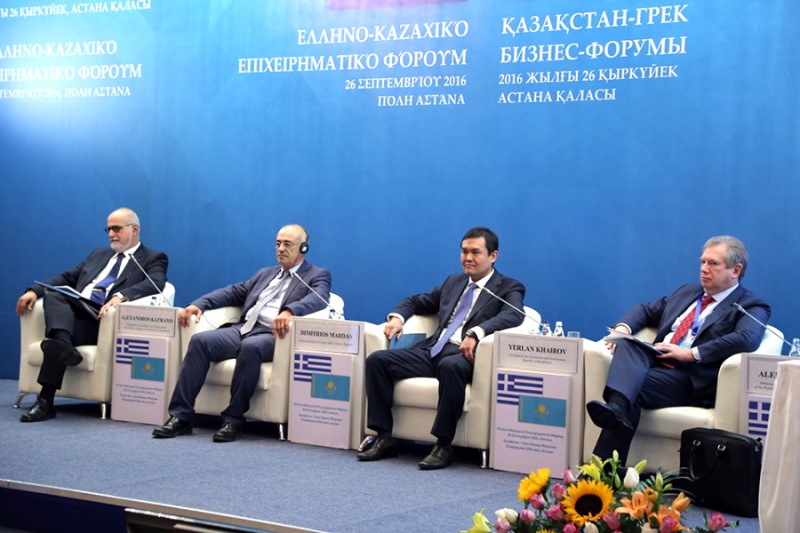 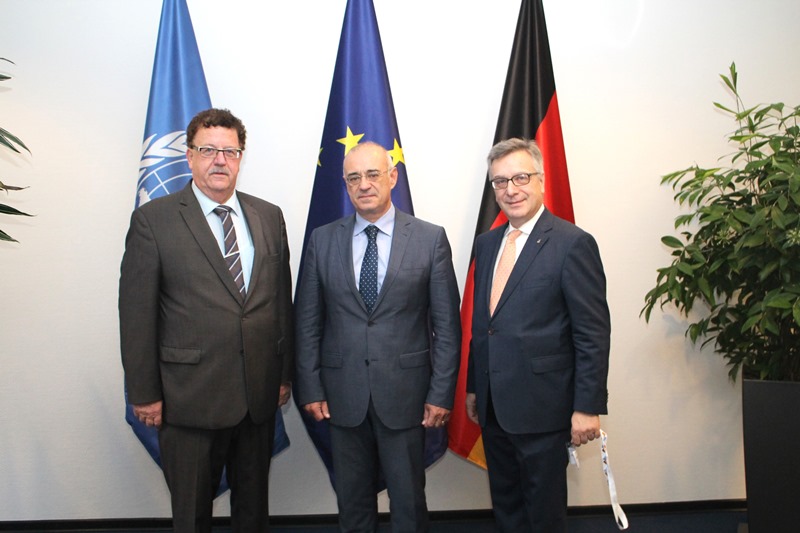 The Deputy Foreign Minister later visited Berlin to attend the annual German-Hellenic Business Summit. Representatives of various ministries, agencies and businesses from both Germany and Greece were invited to discuss, among other issues, matters pertaining to bilateral cooperation, Hellenic-German Chambers and the Diaspora. Moreover, the Deputy Minister’s agenda included meetings with German high officials where he discussed the strengthening of bilateral economic cooperation.

The Greek Deputy Foreign Minister then found himself in Moscow where he met with the Minister of Transport of the Russian Federation and Co-Chairman of the Joint Ministerial Committee of Greece-Russia, Mr. Sokolov. Both men were said to have discussed issues relating to the preparation of the next session of the Committee (Athens, 3rd-4th November). Also discussed were three joint Greek-Russian enterprises in the food industry; a possible ferry link Sochi to Thessaloniki, via Istanbul, with a view to developing thematic cruises which will include visits to both Byzantine monuments in Thessaloniki and Istanbul and in the Monasteries of Mount Athos, at the same time promoting tourism for Halkidiki. Prior to leaving Moscow, Mr. Mardas was received by Industry Minister Mr. Boginsky for talks relating to the increase of Russian investments in Greece in the industrial sector.

Deputy Foreign Minister was also in Bangkok to attend a ministerial meeting between the EU and the Association of Southeast Asian Nations (ASEAN). On the sidelines of the Summit, he had bilateral meetings with heads of visiting delegations, exchanging views on bilateral economic issues, with particular emphasis on bilateral trade expansion opportunities through the development of relations between the Greek Chambers with their respective productive institutions. 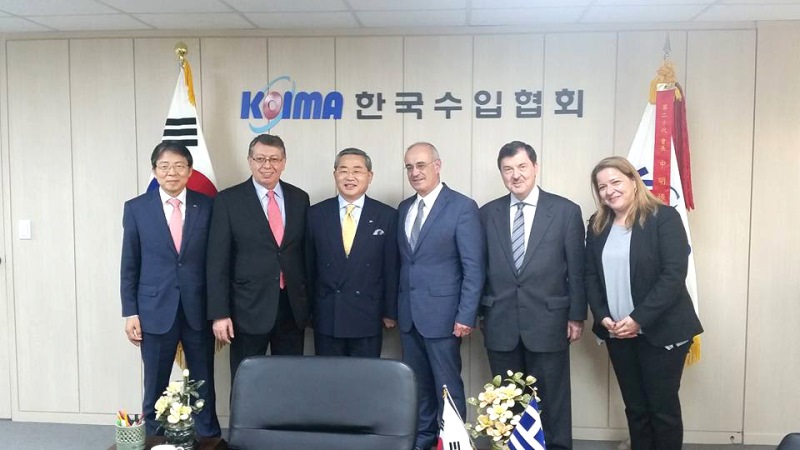 Greece and South Korea are close to signing four economic cooperation agreements, with talks between the technical experts of the two sides now finalised and only the signatures remaining, Deputy Foreign Minister Dimitris Mardas said during his working visit in South Korea. He met with his counterpart and co-Chairman of the Greek-Korean Joint Ministerial Committee, Deputy Foreign Minister for Economic Affairs Lee Tae-Ho and discussed the progress made in issues agreed upon during the committee’s last meeting in May.

Deputy Minister Mardas said his visit had included meetings exploring the potential for increasing Greek exports to Korea and attempts to attract investors, with meetings held at the Korean firms Hanwha Corporation and Samsung Electronics. He made reference to the opportunities presented by the Greek market and provided complete material for the investment environment and industrial zones throughout Greece, especially in light of the new investment law.

In a meeting with the management of the Korean imports association KOIMA, it was agreed that a KOIMA delegation will visit Athens in the near future to meet with Greek exporters in selected sectors.

The Deputy Minister also visited the Hyundai shipyards, where a number of Greek ship owners have currently placed orders for new-builds. In his discussions with members of the management, Mr. Mardas raised the issue of integration of Greek marine equipment suppliers in the relevant lists maintained by Hyundai.