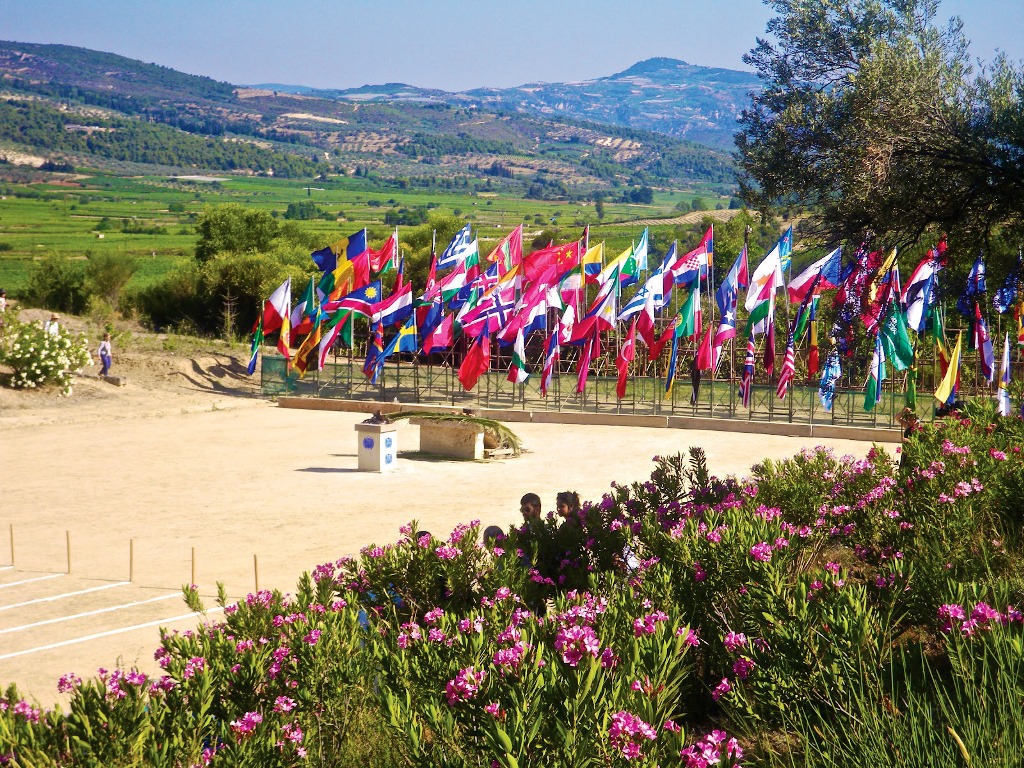 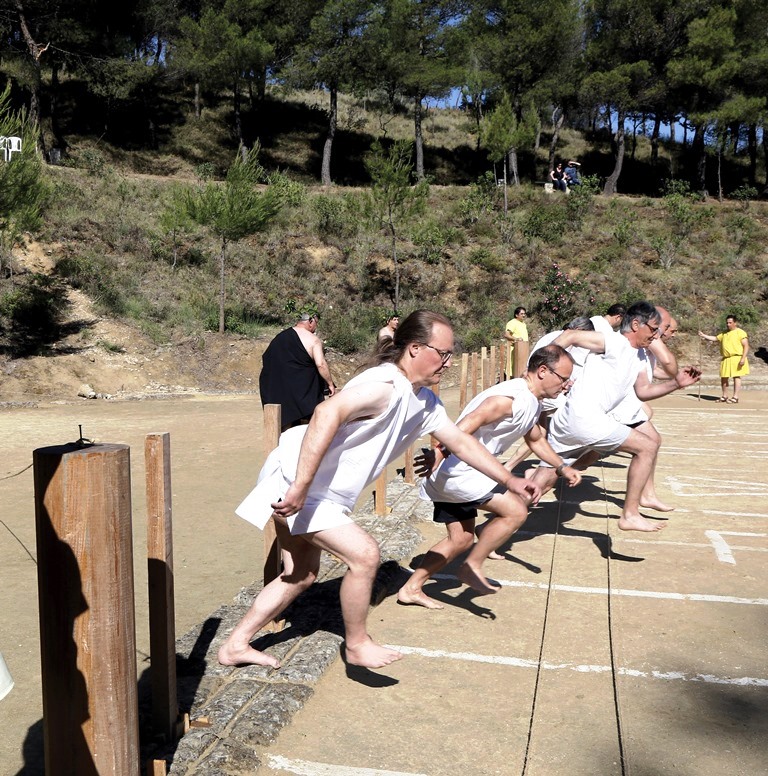 As Rio counted down to its final days before the Olympic Games 2016 Opening Ceremony, the 6th modern revival of the Nemean Games also took place in Ancient Nemea with the participation of many of our diplomatic colleagues from around the world.

With the slogan ‘Run into History’, this original event hosted more than 1,500 runners and volunteers from Greece and 25 other countries. Participants were yet again given the chance to enjoy running in the same place where ancient Greeks ran more than 2,300 years ago. 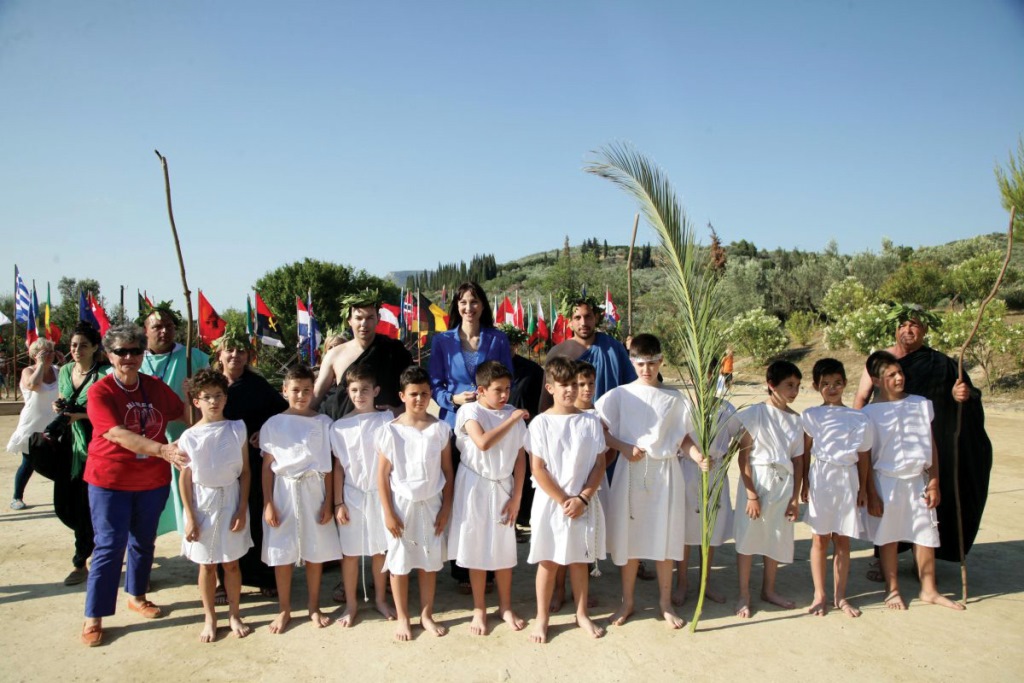 Boasted to be as authentically ancient as they can be, participants don their chitons in the Apodyterion and walk through the ancient tunnel where they are transported to the 4th Century BC as they line up at the starting line before an appreciative audience and feel Ancient Greece through the soles of their bare feet.

The Society for the Revival of the Nemean Games is a movement born from nearly 40 years of excavation by the University of California at Berkeley in the Pan-Hellenic Sanctuary of Zeus at Nemea, Greece and from the enthusiasm and dedication of local residents who feel that they could make an important contribution to today’s world because of their personal ties to this remarkable ancient site. 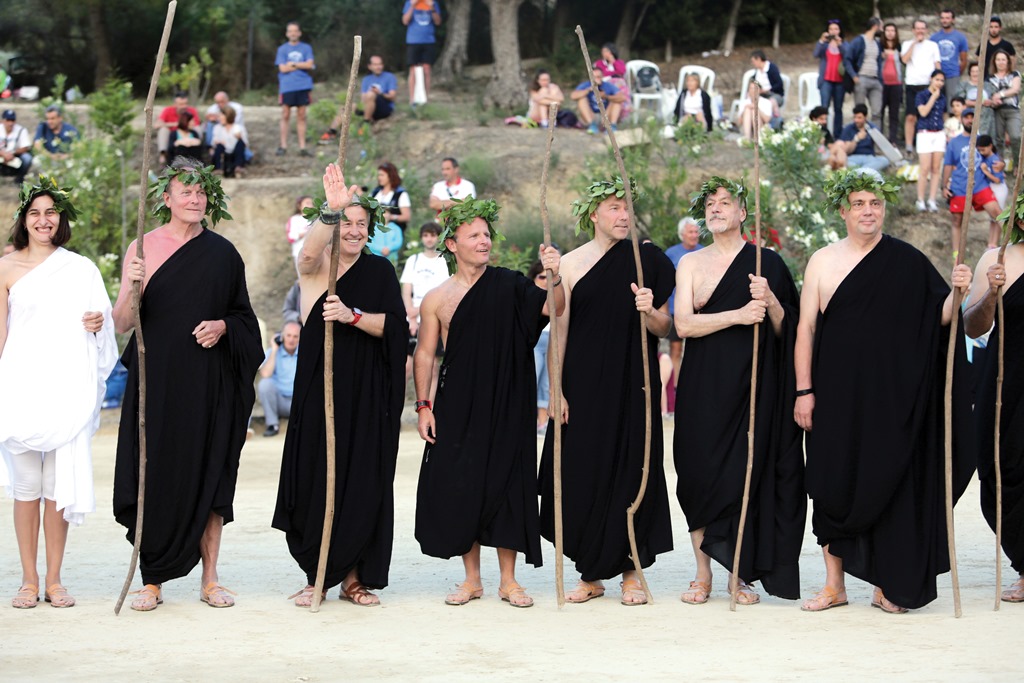 The games attract participants, aged 5 to 89 in races divided in age categories, including a 90-metre sprint on a straight dirt course in the 2,300-year-old stadium and the 7.5-kilometre run through fabled olive groves and vineyards in the area, entitled ‘In the Footsteps of Heracles’, where according to the ancient Greek mythology Hercules slayed a fearsome lion. 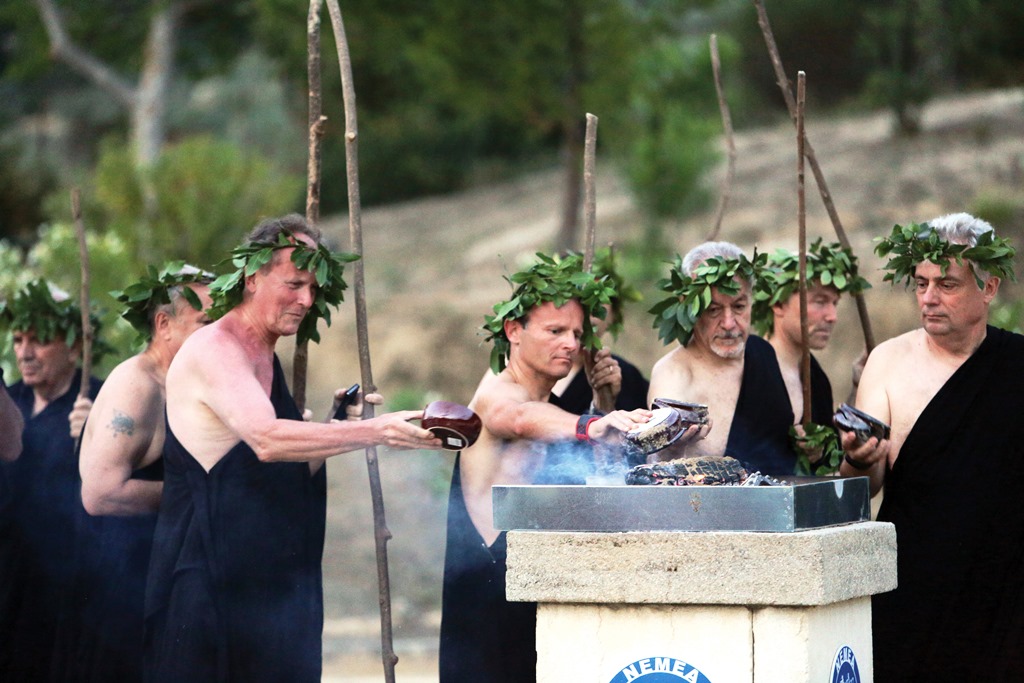 Support not only preserves history, it provides an opportunity for you to experience history. So we highly recommend for you to prepare for the 7th Nemead in 2020 when the altar will yet again be ignited, as volunteers through their selfless acts and the enthusiasm of participants will engrave upon their souls and hearts the wonderful experience of reliving the spirit of ancient Greek games.

Priestesses and Judges (Ambassadors); taking part in the barefoot 90-metre sprint; ceremony to extinguish the eternal flame; walking through the ancient tunnel where runners are transported into the 4th Century BC. 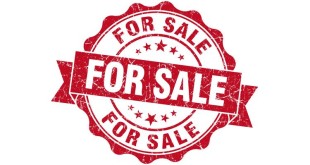