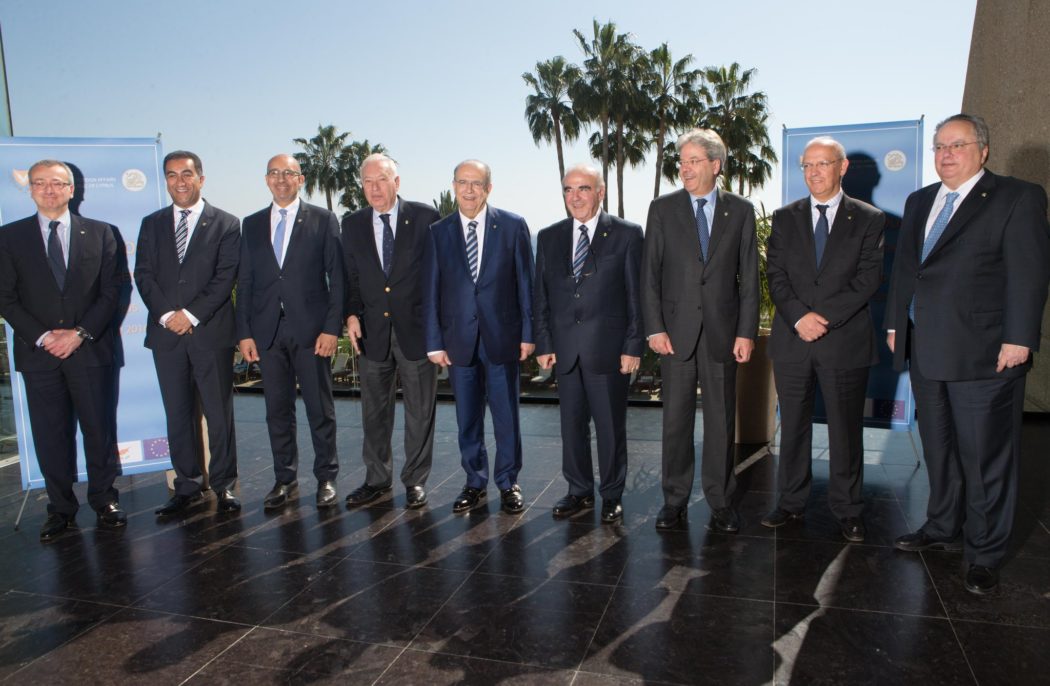 Focus on the phenomena of migration and terrorism

The 3rd Informal Ministerial Meeting of the ‘Med Group’, which was held in Cyprus at the end of last month, provided the Ministers of Foreign Affairs of Cyprus, Greece, Italy, Malta, Portugal, Spain and the Minister of State of France with the opportunity to exchange views on pertinent aspects of the multitude of interconnected crises affecting the European Union and its citizens, both in the neighbourhood and beyond.

The Syrian and Libyan crises and their consequences on the phenomena of migration and terrorism was the focus of the yearly meeting of the Med Group Foreign Ministers, with the participation the Deputy Secretary General of EEAS (European External Action Service) and the Secretary General of the Union for the Mediterranean. The Med Group was established following an initiative by the Foreign Minister of Cyprus, Ioannis Kasoulides, and it constitutes an informal coordination and consultation group of the seven Mediterranean EU member states on issues of common interest.

The meeting follows the ones held one and two years ago in Alicante and Paris and presents an agenda that is more stringently focused on the regional and strategic aspects with the aim of exploring the links between the major ongoing crises and the other main themes involving the Mediterranean, such as immigration and terrorism.

The meeting was divided into three sections: the first analysed the deterioration of relations between Iran and the Arab countries of the Persian Gulf and its fallout on collective efforts to find a solution to the Syrian and Lebanese crises. The second section dealt with the situation in Libya and its connection with the waves of instability rippling through the region, spanning from terrorism to uncontrolled migration flows, which have an even more direct impact on European countries with a look at European policies to oppose these phenomena. The debate’s main focus however was the functioning of the different cooperation formats which might most effectively tackle the regional challenges now open.

During the working luncheon, the institutional relations between the EU and the Arab world were also discussed. There was a shared view that the different formats of partnership may be better utilised and calibrated to reflect the common challenges that Europe and the Southern Mediterranean partners face, also building on the discussions of the UfM Informal Ministerial Meeting of November 2015 in Barcelona. The current crises, the irregular migratory flows towards Europe, as well as other issues of common interest such as energy, education and youth employment have shown that there is significant room for improvement in the effectiveness of multilateralism between the EU and its Southern Mediterranean partners, taking also into account the results of the Valetta Summit of November 2015.

Ministers also agreed on the need to strengthen both the EU’s and its member states’ relations with the League of Arab States and in this regard, welcomed the Strategic Dialogue between the two organisations launched in November 2015. The important role of Arab League offices in Med Group countries was also highlighted. Finally, the Ministers stated that they look forward to the upcoming EU-Arab League Ministerial meeting to be held in Cairo in April 2016.

In his comments the Greek Foreign Minister Nikos Kotzias praised his counterparts for their support on the refugee issue. He pointed out that, “there was a unanimous stance in favour of Greece’s positions on the refugee issue, and there was clear criticism of all those who are seeking their own separate solutions to the detriment of other member states. It was underscored that the future of Europe is linked to seeking and implementing common European solutions, with respect for the decisions of the European organs, which I stressed at this meeting. We cannot have unanimous decisions taken by the elected heads of state and government of the EU member states being overturned by two or three member states citing decisions of police directors.”

The Greek Head of Diplomacy added that, “beyond the refugee crisis, there is a problem here for democracy. Can we be asked to abide by bureaucratic structures for issues regarding which decisions were made a few days ago by the elected representatives of the societies and member states of the EU? The question is clearly rhetorical, and the answer is very, very simple.” 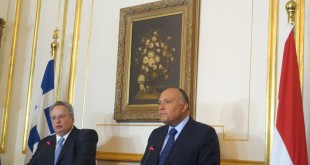