EU leaders must make decisions to end war in Syria 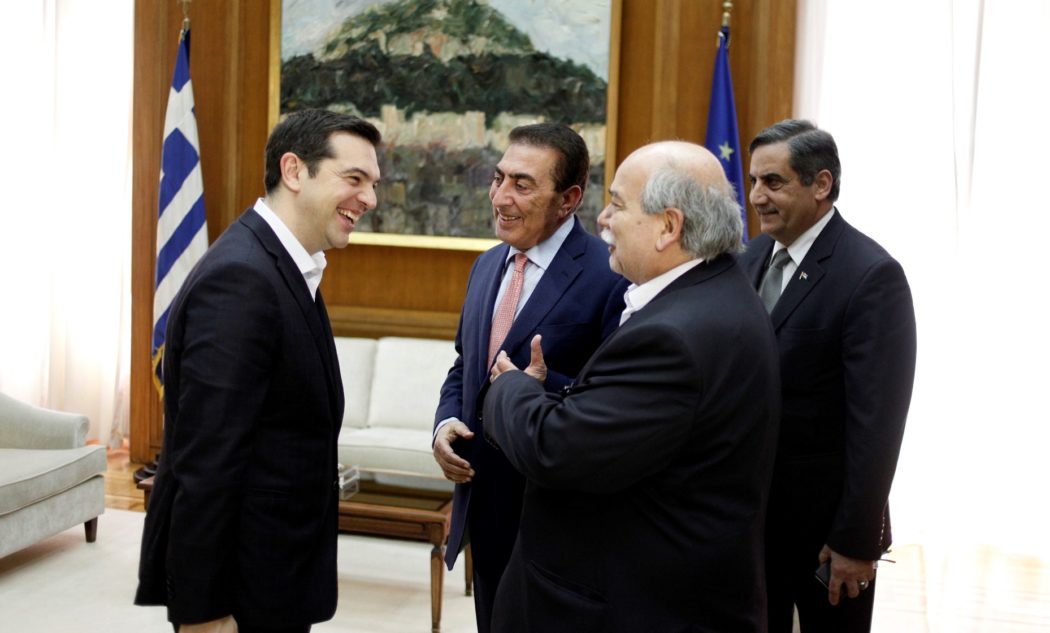 Speaker of the House of Representatives of the Kingdom of Jordan, Atef Al Tarawneh was recently in Athens where he met separately with President of the Hellenic Republic Prokopis Pavlopoulos, Prime Minister Alexis Tsipras, Speaker of the Hellenic Parliament Nikos Voutsis, the Ministers of Foreign Affairs and Defence, Nikos Kotzias and Panos Kammenos and political party representatives in which he called for resolving regional issues, particularly the Palestinian cause, the refugee and Syrian crisis, as well as discussing the latest developments on the war on terrorism. 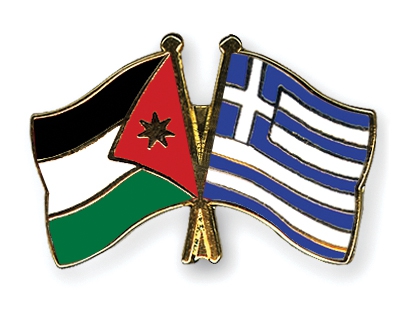 During his meeting with his Greek counterpart, Atef Al Tarawneh said: “the Jordan House of Representatives looks forward to a closer cooperation with the Hellenic Parliament, which constitutes an advanced democratic model that serves people and institutions,” while adding that this serves as a motif to benefit from the Greek experience in this field. On his part, Mr. Voutsis stressed his country’s desire to further develop ties with Jordan in all fields, especially economic and parliamentary, serving the common interests of both countries and peoples. The Middle East, the Hellenic Parliament President said, would remain in turmoil, if the Syrian crisis and the Palestinian issue were not resolved and terrorist organisations  eliminated. 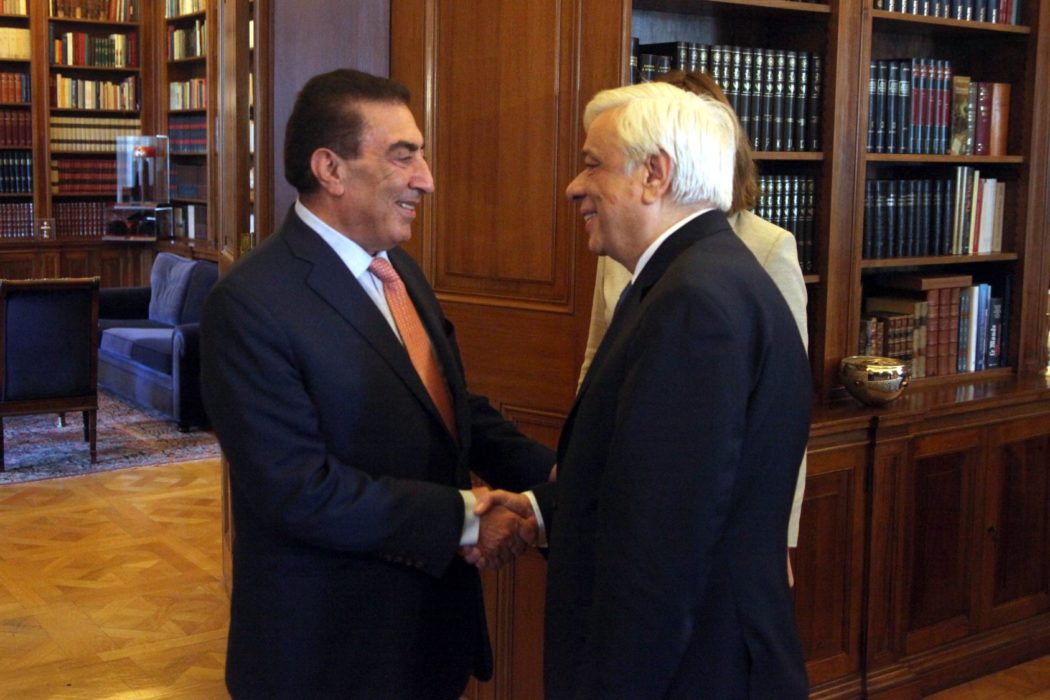 The meeting was also attended by the Ambassador of the Hashemite Kingdom of Jordan in Greece, Fawwaz Al-Eitan (see top photo alongside Premier Tsipras), the President of the Greece-Jordan Parliamentary Friendship Group Nektarios Santorinios and the Diplomatic Adviser of the House Ambassador Spyros Theocharopoulos.

The European Council must take decisions for an immediate end of the war in Syria and management of the refugee crisis in a manner that accords with the handling of human beings, President Pavlopoulos said as he received the Jordanian Parliament President. He noted that Greece is carrying a heavier burden than any other EU country with respect to the refugee issue, in spite of the massive problems that the country faces in terms of its economy and social cohesion. He said that Greece will continue to act in accordance with the ideals of Europe, of humanity and democracy and noted that certain EU member-states “appear not to have understood what Europe means and why they asked to become member-states”. The Greek Head of State praised Jordan’s stance in response to the refugee crisis, saying the country had risen to the occasion, both in terms of attempts for peace in the Middle East and to end the war in Syria. Parliament President Al Tarawneh outlined his country’s experiences with the refugee crisis, especially the difficulties faced due to the economic crisis in Jordan and the fact that its borders with neighbouring countries were closed. 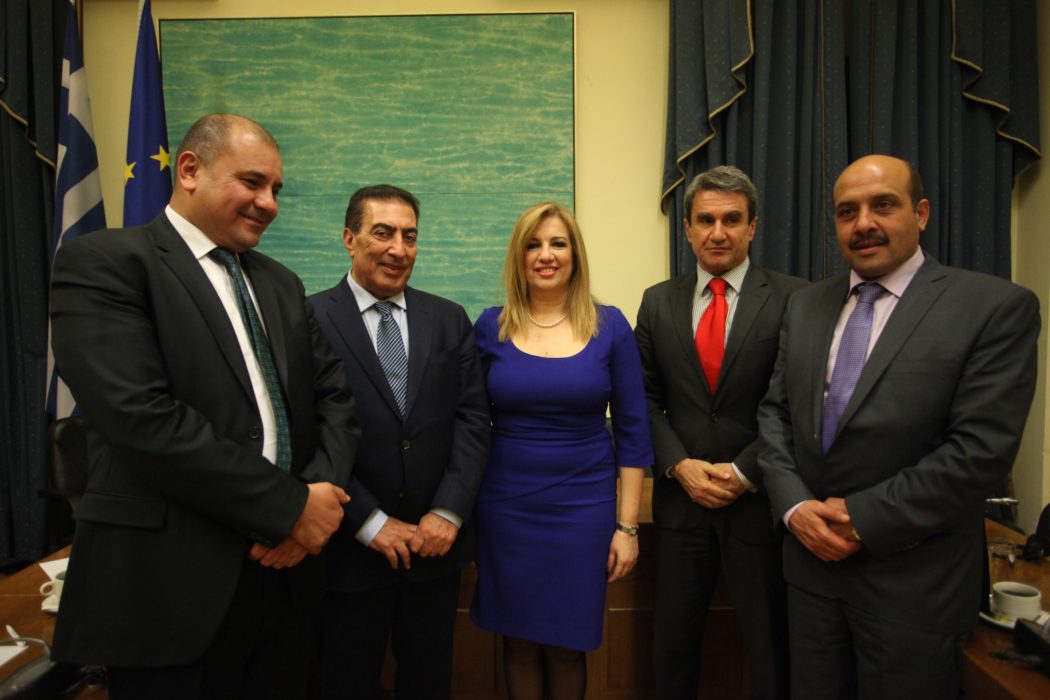 During another meeting, the House Speaker of the Jordanian Parliament met with Prime Minister Tsipras to discuss bilateral relations and the latest developments in the Middle East, especially the Palestinian issue, the Syrian refugee crisis and the war on terrorism. The two officials stressed the need to find peaceful resolutions to all these issues, to help the region enjoy security and stability. They emphasised the importance of strengthening and developing bilateral relations in all fields, especially in the economic and parliamentary domains.

Mr. Al Tarawneh affirmed that there is a core reason for the growing extremism and terrorism in the Middle East, which is failure to resolve the Palestinian cause. “The double standard towards this issue and failure to implement international resolutions exacerbates violence, extremism and give the youths the justifications to join terrorist organisations,” he said. The Speaker made these remarks during separate meetings with Greek Minister of Defence Panos Kammenos, the Minister of Foreign Affairs Nikos Kotzias and heads of political parties. During these meetings, Mr. Al Tarawneh spoke about the reform process in Jordan, which is pressing ahead despite the regional turmoil. He also praised the Greek stances in support of the Palestinian cause. Meanwhile, the Greek officials reiterated their country’s desire to boost ties with the Kingdom, while praising Jordan’s services to hundreds of thousands of Syrian refugees.

The visit came after the trilateral cooperation which was agreed recently between Greece, Jordan and Cyprus.